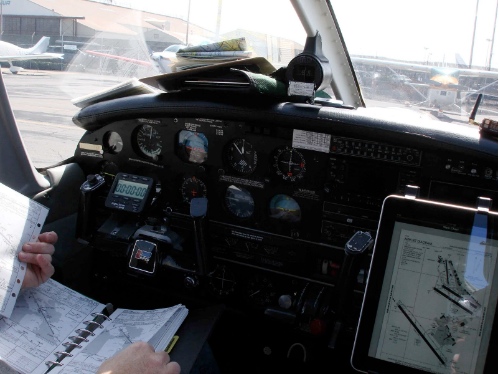 I just finished the NYTimes article, United Pilots Get iPad Flight Manuals. This follows Alaska Airlines adopting the iPad, and Delta Airlines testing the iPad as a viable alternative to on-board manuals.

I don't think of the iPad as enterprise tool. It is a consumer tool, so this type of large scale adoption of the iPad at United, Alaska and potentially Delta says a lot. These major companies have made decisions that tablets, more specifically the iPad, and mobile applications are the future of their business operations.

These applications are driven by APIs. APIs provide the flight, weather and other real-time information that drive these mobile applications, and make the iPad a viable tool in the cockpit.

The growth in APIs over the last 6 years has been driven by social media and cloud computing, and more recently the iPhone and Android led mobile revolution. A large portion of these movements are driven by a grassroots, consumer dominated user base, outside of the traditional IT ranks. Mainstream enterprise and business IT are just now waking up to the potential of the social, and mobile Internet operating in the clouds, and the role APIs play in this.

It shows that the enterprise are coming around, and APIs aren't just the latest trend, and more companies will be deploying systems and devices that depend on APIs, to get business done.