I Am An Evangelist 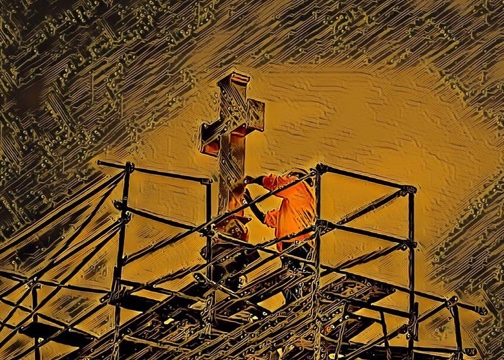 I have to write these posts every so often to help folks understand who I am and what it is I do as the API Evangelist. You see, there are regular streams of people who attempt to define me based upon their view of the world, their belief system, and reduce me to a know series of transactions that compute in their version of reality. In the tech arena there are several variations of what I do for living, going by a handful of labels; evangelist, advocate, relations, ambassador, champion, or some other word. None of these disciplines possess a formal definition, and are perpetually defined by the people who fill these roles. I am not in the business of defining what people do when they wear these titles, or generalize any of them as good, bad, nor neutral. They are just like tech in my experience, and are only as a good or bad as the human beings they serve, and I’m not really in a place where I give many fucks about policing any of this. However, when people say evangelists are doing bad things I tend to take offense, and sometimes feel compelled to put some words down within my domain (hrumph!). Technology and API evangelists existed before I came around in 2010, but after doing this a decade, and playing this part for enough time, I’ve earned the right to push back, and call bullshit on the shade being thrown in my direction.

First, I am an evangelist. I will even let my ego step up and say that I am The API Evangelist. I’ve put down my mark. Paid my dues. I’ve stayed the course for over ten years now, worked for the White House, with governments around the world, and most of the biggest names in tech in one capacity or another. Pure ego baby! I’m good with it. Ego is required to be in the role at this level. But, I’m under no delusion that any of this is real. It is a fucking performance. If you take yourself seriously enough as a evangelist, advocate, relations, ambassador, champion, or some other variation to actually believe any of this is real—you have a hard crash coming somewhere down the line. We are all in the business of blowing smoke up people’s asses and selling, in a perpetual quest for a story, video, image, Tweet, or other digital transaction that will go viral. We are all in the business of selling our beliefs. We are all in the business of reducing everything to a transaction through the dogmatic use of a computational belief system. This is why there is so much “those people over there are bad”, and “what I do is good” in the business—everything is fucking boolean. Everything is a transaction (or not). We are all just striving for that one story that will transcend the uncaring, unloving digital landscape we are in service of, and make us feel like we are alive for just a few moments, and help us feel like others care about us. However, in the end, the only thing that matters in all of this is people. Not the tech. Not the titles. The people.

Second, what is an evangelist? According to OED, it is "a person who seeks to convert others to the Christian faith, especially by public preaching”. I am going to turn Christian faith into a variable and go with, “a person who seeks to convert others to the [faith], especially by public preaching.” This is what I am in the business of. I’m not advocating for developers, technology, or capitalism. I am in the business of converting others to my faith, through public preaching, or as I prefer to call it, a public performance. It is all a performance. A dance. A series of stories. What is my faith you might ask? API Evangelism is not about converting y'all to believe in APIs in general, a specific API implementation, or approach to delivering APIs. My faith is simply that amidst all of this API-driven chaos, it is the human being that matters. Not just the physical version of ourselves, bu the digital version that is in its infancy right now, being defined with each individual API request and response. API Evangelism is all about bringing awareness and understanding to the average person about how APIs are defining them, and how they see the world around them. While a significant portion of this evangelism is focused on the “muggles”, the lion share is definitely targeting the wizard class of developers who see themselves as the chosen ones in this evolution of our physical self into this digital realm. I am not interested in teaching developers about APIs, I am interested in reminding developers who are building APIs that they are human beings, and what they are building can all to easily be used to exploit, manipulate, and harm other human beings. 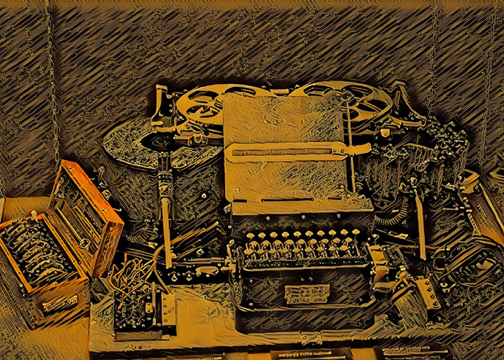 I did not grow up religious. I never set foot in a church until I was an adult. So I do not bring all the baggage with the word evangelist, making it very easy for me to turn Christain faith into a variable in the definition of evangelist. I see technology in the same light as I see Christianity. It has many of the same colonizing (geo, cultural,etc.) effects, which tends to be in the service of the white supremacy. Internet technology is a religion, and our belief that it will change the world for the better depends on our faith. Even though my faith centers on a dismantling faith, where we perpetually dismantle the machine from within, it doesn’t exempt me from the negative impact that technology is having on the world, and the exploitative micro outcomes occurring each day. I am definitely going to the equivalent of hell in my faith for all my work to reduce everyone to a transaction (I would argue I am already there, but we’ll cover that in another post). So you’ll have to excuse me when I use my evangelism pulpit to tear apart your business, technology, and VC overlords. My faith is more meaningful than your faith. I am sorry, it is. People matter more than any of those things. I know, now you’ll insert some quote from your capitalist scripture telling me that people can’t exist without business, technology, or rich people, but you are wrong. None of the technology matters. I don’t don’t care how much you have convinced yourself that you are doing tech for the social good, you are just getting high on your own supply. Nothing matters more than the human beings. This is why I am the API Evangelist. I stay aware of how the machine works, so I can share stories with others.

Building oneself up, and tearing others down is how we work in service of the machine. I’ve seen evangelist, advocate, relations, ambassador, and champions all do exploitative and manipulative things in the course of their daily activities. I have also seen all of them do some amazing and captivating storytelling, and dedicate themselves to sincerely helping other human beings. I know this story will not stop folks from dividing and conquering with each wave of technology that lands on our shores, but it will hopefully help convert a few more to my belief that all of this technology is bullshit, and being in the service of educating average folk about the damaging effects of Internet technology is actually where it is at. How far you stand next to or within the machine as you evangelize, advocate, relation, or champion is up to you. There are times I stood too close and was meaner than I needed to be in my work. There were also times where I stood too far away and really didn’t understand how the machine was exploiting, manipulating, and reducing our physical world into digital transactions, so that we could then be bought and sold. Honestly, it has all been an ongoing learning process for me. One that I’ll continue to fuck up and stumble upon in the future. At some point I know that I will go away completely, consumed by the machine because I stood too close one time too many, but until then I will keep working to make folks more aware of their digital self, and remember what is truly important in all of this. Us humans.