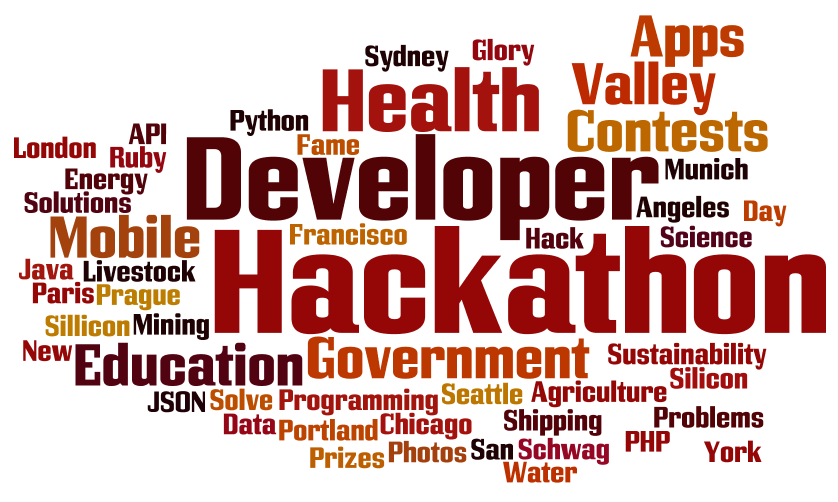 Hackthons were born out of the Silicon Valley start-up scene. During these events, companies bring together a group of developers, give them a coding target, allow them to break into teams where they build a plan and hack together apps, mobile apps, and other web services that meet the criteria of the event.

Hackathons are now being held in Seattle, Los Angeles, London, Paris, New York and beyond. Other start-up groups and incubators have seen the value in holding these coding events and bringing together the best minds in their community, hoping to bring attention to their event on the world wide tech scene.

The success of hackathons as an innovation vehicle is spreading beyond general coding and the start-up community. There are hackathons coming up for photos, water, sustainability, health, government and I just finished covering Hacking Education, an event hosted by DonorsChoose.org, to challenged developers to create apps and data visualizations with the its API that would engage the public and have an impact on education.

Its exciting to see Hackathons being used outside of Silicon Valley. I would like to see the Hackathon format evolve and be applied to other areas, like manufacturing, real estate, mining, livestock, farming and beyond. Hackathons hold a lot of power in bringing together talented minds and ideas, and creating a fertile environment for innovation to occur.

It's important to remember that the technology produced at Hackathons is not always the most important outcome of these events. It's about bringing together the right minds and sharing ideas that can result in people going back to their everyday life with a new perspective and can encourage them to make a real impact in their daily lives.

What industries would most benefit from holding Hackathons?