Pioneer Corporation just announced the availability of Zypr™, a new voice-powered API that provides a conversational, voice-control command API allowing developers to integrate Siri like functionality into their own applications.

I’ve covered unified and aggregate APIs in the past, where within maturing industries like social and cloud computing, service providers are stepping up with a single API to work with multiple providers. Zypr is similar in that it offers a single API for multiple providers, but uses voice as the mechanism for search. Zypyr’s goal is to normalize, stable and voice-enhanced method for accessing a wide array of constantly changing APIs, Zypr can reduces the impact of service-specific API changes. 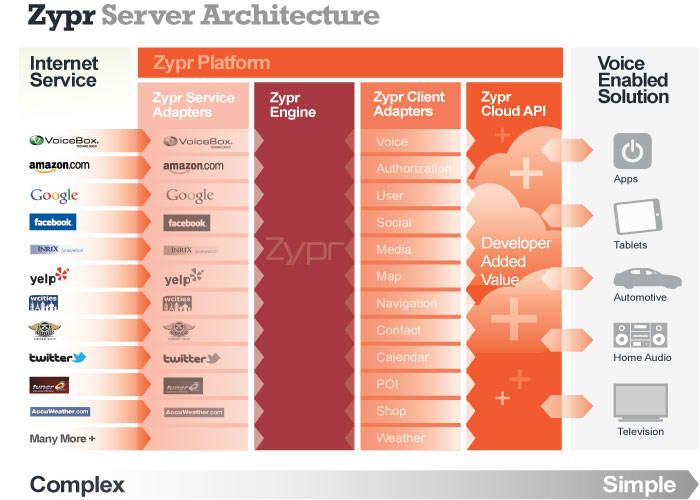 “Pioneer created Zypr so that any type of developer or device maker on any platform can easily offer compelling new services to enhance their own technology and brand equity,” said Susumu Kotani, the president of Pioneer Corporation. “We have also changed the rules by allowing developers and device makers alike the opportunity to share in revenue when they deploy Zypr.”

In addition to providing revenue sharing opportunities, the Zypr API is available at no chrage to developers. You can access documentation, code, sample application and other developer tools at www.zypr.net.

With a simple, but powerful RESTful API and the buzz around Siri, Apples new voice tasking system , the Zypr API is sure to be a hit. If Pioneer Corporation can successfully evangelize the Zypr API and get it into the hands of hackers and developer globally, it could easy become the Twilio of voice tasking.