Lack of Pinterest API is a Lack of API Business Strategy

Here we are going into June, and I still don’t see a publicly available Pinterest API. Jay Yarow wrote in Business Insider back in February, "Pinterest's API Is Coming Soon, And VCs Are Super Excited" and Adam Duvander wrote in ProgrammableWeb, "Pinterest API: Coming Soon or Already Here?".

There is also a reply to a Quora thread by Yashh Nelapati, Lead Engineer at Pinterest from May 2011, saying the API is 2-3 weeks away. It’s now a year later and there is no official API (there is a Rogue API).

Business Insider says, Pinterest fears having a "Twitter problem”. Meaning that when Twitter released its API, it was still an immature company, allowing developers to build applications with features that it was missing--then Twitter matured, and it wanted to control its platform, it began adding building its own features and poaching from the Twitter API ecosystem.

So why not learn from Twitter and other APIs, and use the appropriate API building blocks to address this: 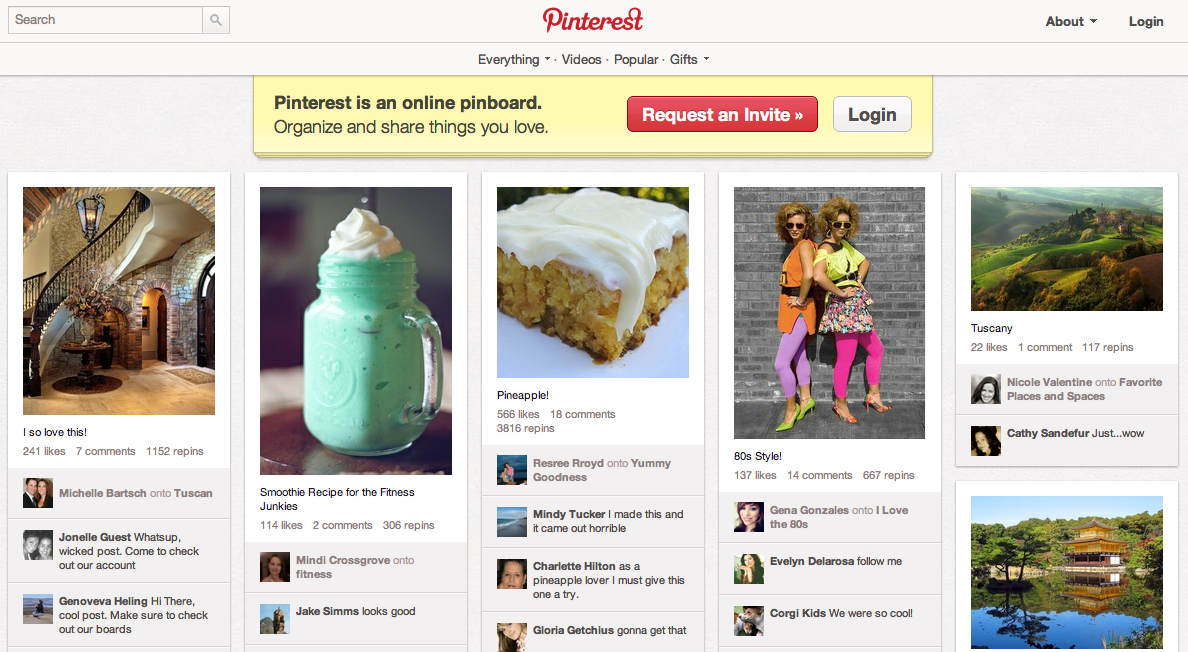 These are just a few of the ways Pinterest could establish a solid business strategy for their API that would not only protect developer interests, it would establish the Pinterest API as an external research & development department, with a built in incubation component.

Pinterest has already missed out on a year of developers innovating on their platform. Why continue holding back innovation? Establish a flexible API business strategy that allows for you to learn from the mistakes made by Twitter, and become the platform VC’s are looking for you to become.