Box $rev is pretty straightforward. You just integrate the Box API into your app, enroll it into the Box $rev program, and box will monitor, track and report your activity--sending you checks for up to 15% of the per seat price as a commission, each quarter.

As a PaaS provider, the core value driven by the box API is not about making money, it is based upon adding new users, and getting them to depend on box for their everyday needs. Offering developers 15% of the revenue generated via the core box platforms makes a lot of sense. 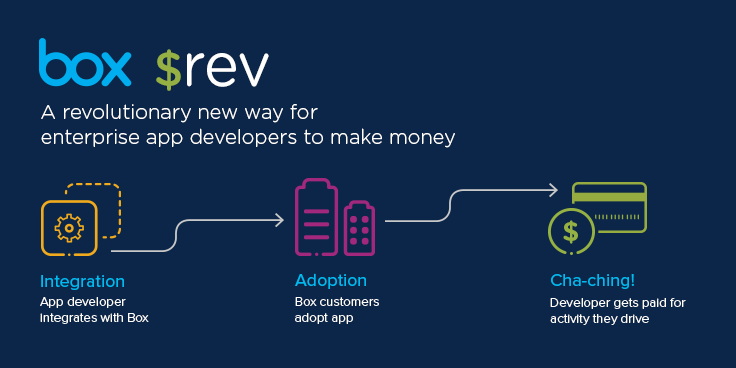 This approach to revenue share won't work for all API providers, but is a great way to incentivize developers when you have a core platform you need to drive new users to.

I like the Box $rev model, because it actually incentivizes developers to build meaningful, engaging applications that users will actually adopt.

Its nice to see API value quantified in engagement, allowing us to move beyond the eye-ball based economy we are drowning in currently.