There are just a handful of API platforms that I feel have greatly impacted the world of APIs and were significant in leading the space in important ways. These platforms include, but are not limited to Amazon Web Services, EBay, Salesforce, Google Maps and Twitter. All of these companies have changed the way we build applications and conduct business, by using APIs.

In 2013, as we watch 50-100 public APIs launch each week, it can be difficult to see any sign of meaningful impementations in each wave of new API deployments. Just as I'm getting completely depressed about this lack of true API innovation, I was introduced to a new Public Media Platform that is pushing forward the tech, business and politics of APIs.

The Public Media Platform (PMP) is a non-profit organization formed by public media's leading organizations, APM, NPR, PBS, PRI and PRX, to establish digital content repository and distribution system that will enable users to easily discover and interact with the news, information, cultural and educational content that is produced across the public media landscape.

PMP has come together to develop a completely API driven platform, that will empower producers of public media to store and share text, digital video, audio, images and related meta data. This approach to media delivery will increase the distribution and reach, lower operating costs, while also handling the business rules, rights management necessary for media delivery in an online and mobile world.

By lowering these barriers of entry, and simplifying operations and distribution, PMP will open up opportunities for these leading players to get their work in front of the large public media audience. However, this isn't just about benefiting these existing players, who are investing in the platform, once deployed, the platform will be opened up to any media producer. With this newly developed ecosystem, any developer will be able to build tools and applications that will help public media stations and producers deliver content in new ways that will serve a growing audience--opening up entirely new opportunities for collaboration, distribution and innovation.

PMP is an important project, something that doesn't occur in the commercial space. With this approach to building an API platform, you have what could be perceived as competitors, who are working together to define a common API and data standards, while also defining best practices, then leveraging open source tools and approaches to establish a shared platform that is not just beneficial to these founding partners, but ultimately other independent, lesser known producers--establishing the groundwork for a true API ecosystem.

You just don't see this happening in the commercial space. You might see API providers like Twilio and SendGrid who work together, but trust me, as someone who has organized an API industry conference, where I work hard to bring API providers and service providers together--it can be like herding cats to even get them all in the same room, let alone collaborate on a common platform or standards. Something that seems counter to the underlying philosophy of the API space, in my opinion.

The PMP team is heads down in the build phase of the project, and will be launching pilot deployments in the fall, with full deployment planned for the beginning of 2014. I've been fortunate to have a chance to look at the technology behind the platform, and I'm seriously impressed with the PMP team's forward leaning approach to the platform's design.

I have crafted a 15 story series based upon the PMP platform, which I will be releasing in tune with the PMP roadmap, so make sure and tune in over the next six months. With the lack of commercial constraints, the PMP team is going to lead in not just the public media space, but deliver a platform model, API design definition and suite of open source tools that can be applied across numerous industries, and show many commercial API platforms a whole new world of API possibilities. 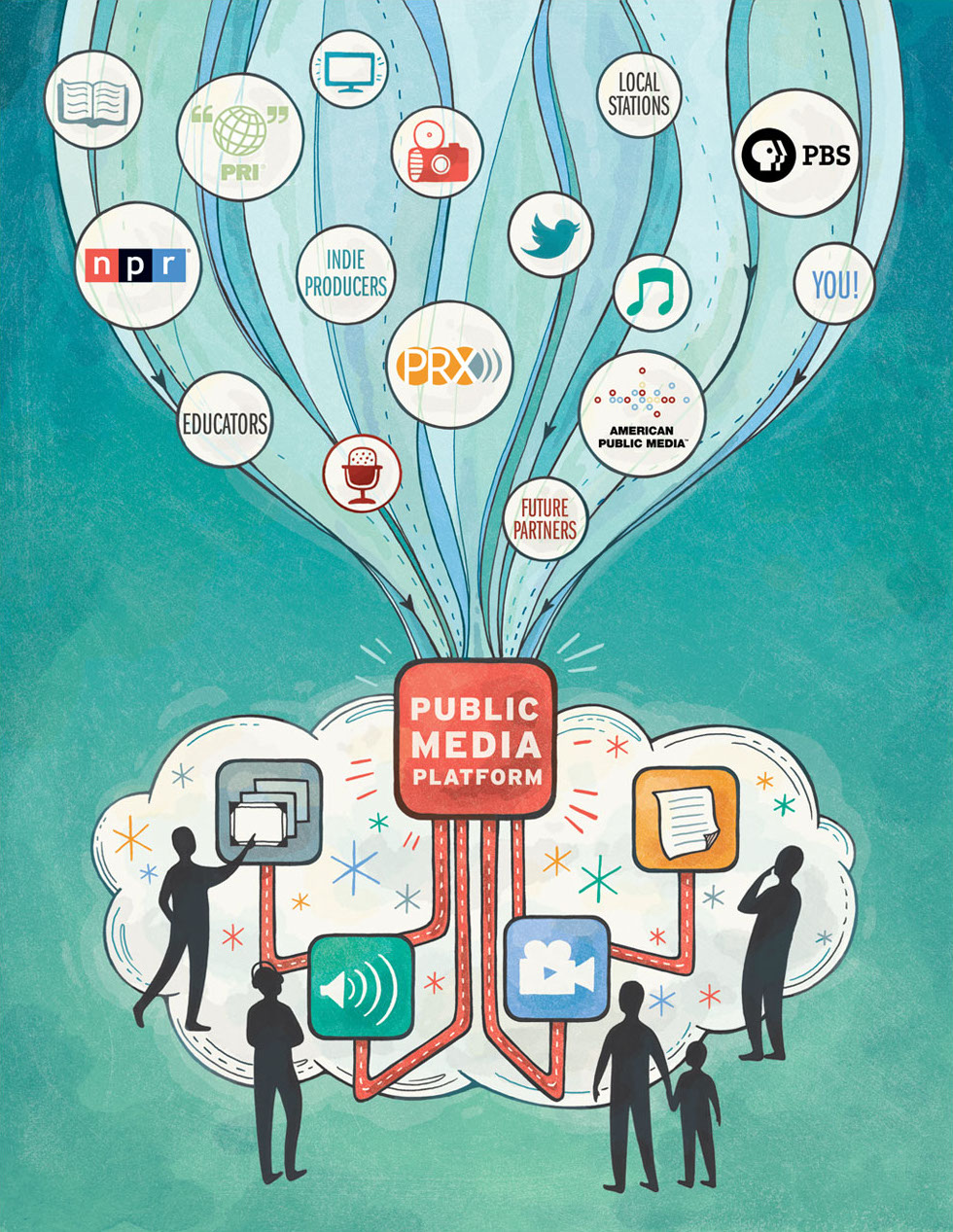