I started doing research on API patents recently, and after about 5 days of processing XML files from the US Patent Office, I'm going to stop processing at the year 2004 (way back). This gives me 2005 through present day, and provides more than enough information for me to evaluate the role APIs are playing in the patent process, and inversely how patents are affecting the API space.

In 2004, the XML data files I'm processing start to change, and I'm getting errors, resulting in me having to reconfigure my script, in addition to downloading the numerous, large XML files. I think I have enough of a sampling to start building a wider awareness of what is going on with patents and APIs, I can always come back and download 1995 through 2004.

So far, I have found 16,485 patent applications that had the phrase "application programming interface" in either the title, abstract, or full description for the patent. I found 151 patents that specifically mentioned API in the patent title, and 569 that specifically said it in the abstract. Here is the breakdown by year: 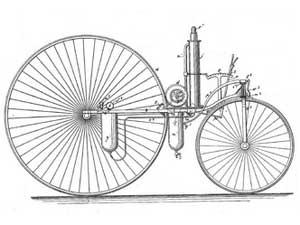 I'm going to continue my API patent journey by reading the 151 patents that specifically mentioned API in the patent title, and the 569 that specifically said it in the abstract. From there, I will expand into the other patent applications and try to understand if the API is more hardware API, or more API adjacent.

I have a lot of learning ahead, so I don't want to make to many assumptions early on, but looking at the list of companies who have filed patents, it becomes very clear to me that if you want to conduct business in the API economy, you are going to have to at least take a defensive patent stance for your APIs, or these companies will bury you in legal attacks.

There are a number of thoughts swirling around in my head around patents, but a few of them that keep floating to the top are around how damaging the antiquated patent process could be to the API economy, and around why there hasn't been much conversation in this area, as the world of APIs has been heating up over last four years.

After I read more of the patents, I'm hoping I'll better understand what companies are up to, and possibly the motivations behind the patents. Then I'll begin making my own assumptions about how positive or negative patents are to the API economy.

All I can say now, is what a strange world to try and make sense of. In my opinion the concept of patents apply to a very physical world, and much like Creative Commons has helped evolve the world of copyright in an Internet era, we need something to bring patents into a digital world. A conversation that gets even more complicated when you start thinking about the Internet of Things.