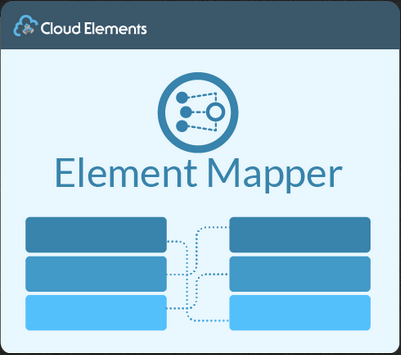 API aggregation is something I've been a big supporter of, and API reciprocity as with companies like Zapier, is something I feel compliments how we operate on the open Internet. Today, Cloud Elements made an interesting move forward with the ability to map new elements, via an API, which in my book moves them more into API reciprocity space, than it does aggregation--meaning you could in theory launch a specialized Zapier, using Cloud Elements.

One additional thing that Cloud Elements does that I think is significant, is they aggregate API driven platforms (elements) into meaningful buckets like documents, messaging, CRM, social, and finance. Things that actually mean something to end users. With the Element Mapper, you now map to any API driven resource you need, all via the API, to solve precise business solutions, for specific business groups.

Zapier has an API, but it focuses on the creation of new channels, and opening the potential for recipe development. What I like about Cloud Elements is they bring in the organizational aspect of it all as well, helping you establish some order. Establishing a stack of the APIs you depend on for your business, while organizing them in a meaningful and coherent way--all via an API. #Wining

It makes me happy to see a provider like Cloud Elements doing what they do. I've seen a lot of aggregation and interoperability API service providers come and go (Yahoo Pipes, cough cough!!) I like the approach Cloud Elements is taking. They are paying it forward in my opinion, meaning they are building value on top of existing APIs, using a wide variety of publicly available APIs, while also allowing API access to everything you can do with their Cloud Elements platform.

I will make time to play with Cloud Elements more, and compare it with some of my more manual approaches to API aggregation, and reciprocity. I actually can picture what Cloud Elements is doing becoming a very common model for how IT operates on the open Internet in the near future.