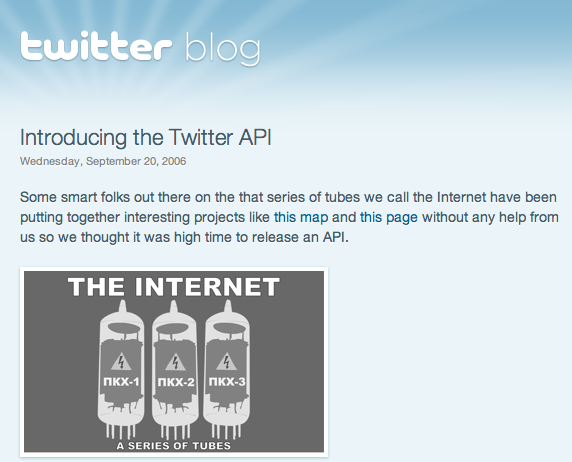 Much like the release of the eBay API, Twitter's API release was in response to the growing usage of Twitter by those scraping the site or creating rogue APIs.

In the beginning, Twitter used Basic Auth for API authentication, resulting the now infamous Twitter OAuth Apocalypse almost four years later, when Twitter forced all those using the API to switch to OAuth.

In four short years Twitters API has become the center of countless desktop clients, mobile applications, web apps, and businesses -- even by Twitter itself, in its IPhone, IPad, Android apps via its public website.