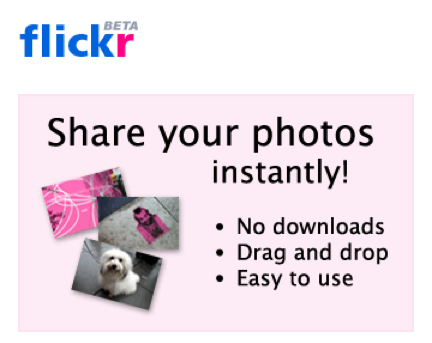 In February 2004 the popular photo sharing site Flickr launched. Six months later they launched their now infamous API, and six months after that, they were acquired by Yahoo.

Flickr was originally created as an online game, but quickly evolved into a social photo sharing sensation.

The launch of the RESTful API helped Flickr quickly become the image platform of choice for the early blogging and social media movement by allowing users to easily embed their Flickr photos into their blogs and social network streams.

The Flickr API is the driving inspiration behind the concept of BizDev 2.0, a term coined by Flickr co-founder Caterina Fake.