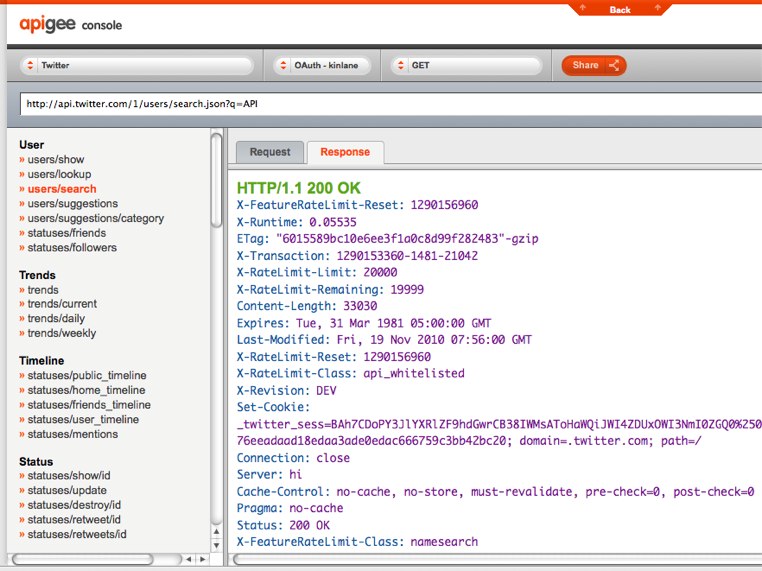 Apigee Console even allows you to Authenticate with APIs using Basic Auth or OAuth.

The simplicity of REST has contributed to the extreme growth in the number of Web APIs in the last year, and API explorers are going to fuel this growth in 2011 and beyond.

API explorers put the power of Web APIs in the hands of non-developers, allowing journalists, students, politicians, and any tech savvy Internet user to access the data and functionality available via APIs.

Once a couple of these providers adds an export JSON to Google Docs or download to Excel, its a whole new ballgame.

With an API explorer any user will be able to pull data from one or many APIs, export to a Google Spreadsheet and build visualizations to extract their own meaning from the data they've gathered via any REST API.