Identify Influencers with the Klout API 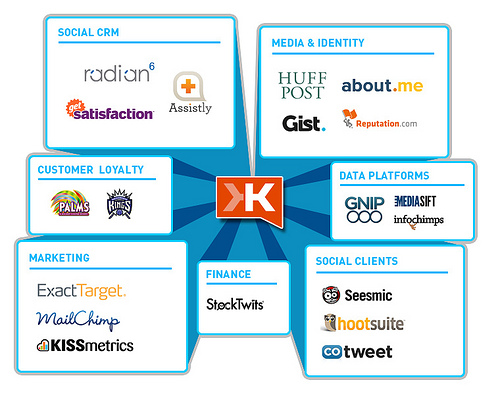 Klout just updated their API area. The Klout API was originally released in 2009, but the new API area has several improvements including faster response times for the API, better documentation and improved terms of service.

Using the Klout API developers can pull someones Klout Score, which is the measurement of their overall online influence using social networks like Twitter, LinkedIn and Google+. It provides a way of essentially high-grading users on your network, and rewarding or engaging users differently based upon their overall network influence.

I categorize the Klout API as a “partner API”, meaning that can add value to just about any existing API community and application. For example, with my Mimeo Connect Document Printing APIs, a print application could offer lower pricing to a user based upon their Klout score. If you are building a poster, flyer or book printing application and you offer lower pricing to people who are influencers, you can probably bet they’ll talk about your app within their network.

The Klout API opens up a lot of opportunities for web and mobile app developers to enrich their understanding of their existing user base, identifying the users that are the biggest influencers, and may contribute to a larger network effect around their application.

Klout has delivered their API using the Mashery API platform, you can register for an API key and learn more about the platform at developer.klout.com.