API Can Be a Liability Without Proper BizDev Process 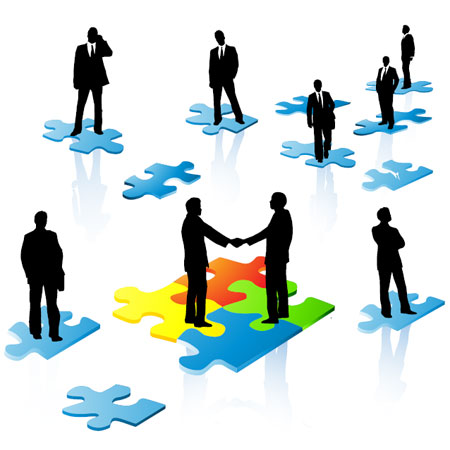 At first glance, APIs seem like something very technical, and the REST pundits do a good job of maintaining this perspective. Even though at the core of what we currently know as a “web API” there is plenty of tech, web APIs can be much more business than tech--a notion first introduced by Flickr co-founder Caterina Fake when she coined the term BizDev 2.0.

Developers can start building applications and businesses around a companies assets, utilizing exposed API resources and self-service tools to establish a business relationship on their own. If an API has the necessary technical and business building blocks, and API consumers have a good enough application, there is a an opportunity for finding success without the need for engagement of traditional business development resources.

This process is BizDev 2.0.  However, even with this evolution in establishing new business relationships, your company may not be ready for the flood of new relationships and ideas that will flow in through this new API driven environment. If you handle all the aspects of your API correctly, developers build applications, establish successful businesses and get traction on their ideas, they will need additional resources, attention and potentially, incubation.

I’ve been the face of this process several times, only to bring in good ideas, get traction and identify potential value, but when I present these implementations internally...I get well, nothing. Companies often don’t have the infrastructure and resources to handle this flow of new business opportunities, even a formal process for saying, “that’s a great idea, we see the value, but we don't have the resources to deal with that right now”, aka no! 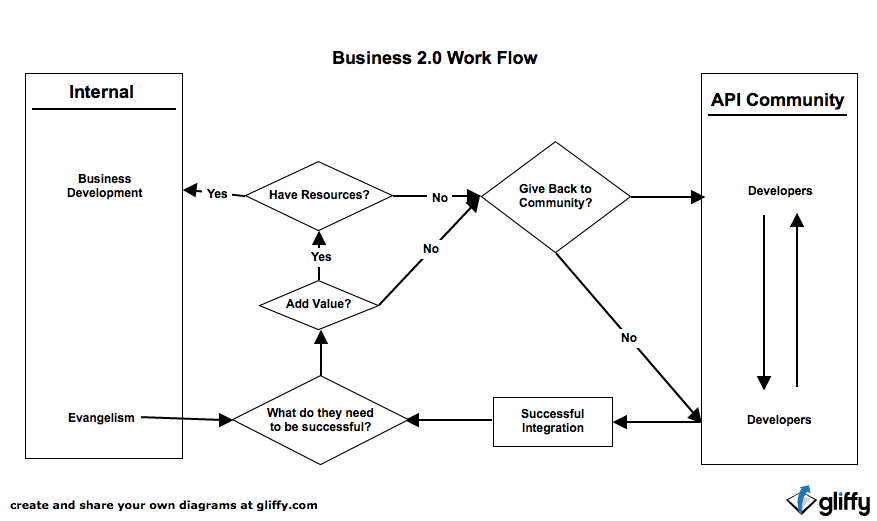 If your going to open up a public or private API, you need to make sure you have a proper BizDev 2.0 process for handling new relationships that get traction via your API. This isn’t saying you have to take in every relationship that comes in the door, but you need to have an efficient framework for receiving, evaluating and either accepting as a new relationship or formally declining and providing secondary options for the relationship--one of which can be putting the project back out to the ecosystem, for a crowd-sourced implementation.

Having a formal process, especially one that is transparent will go a long ways in building trust with your developer community. Think of how much different the current Twitter conversation would have been if they had a formal process for handling various business relationships early on? They are just now putting some of this in place, which is good, but much harder to do further down the road.

I don’t care how perfect your technical implementation is, if you don’t have a decent framework for handling the relationships that come in through your API community, developers will lose trust and look elsewhere to build their applicaitons and businesses. Make sure you have thought through the business development 2.0 process for your API, during the initial planning phase.