I Will Be At API Days in Paris France Next Week

I am heading to Paris, France next week for API Days. API Days is December 3rd and 4th in Paris and is dubbed as the "First National Event on APIs in Europe". The two day event is organized by faberNovel, who helps large organizations think and act like startups, and by WebShell, who enables developers to easily make advanced web and mobile applications based on APIs.

API Days sees the API economy the same way I do:

The Web 1.0 was readable, the Web 2.0 was social, now the web is programmable through application programming interfaces, aka APIs. Web APIs are a unique opportunity for companies, governments and developers to either better organize the governance of their IT into a scalable and flexible model, either leverage a complete ecosystem around the organization, exchanging data through the web for trillion of applications on billion devices. Because each civilization has been described by the way it communicates and make exchanges, API are the beginning of a programmable civilization. 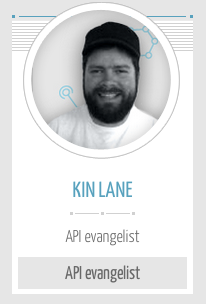 The API event is hosting over 50 sessions from over 30 speakers--including two of my own talks:

If you are planning on going to API Days, let me know and I’ll make time to talk. If you aren’t, I will publish more info about the event and my talks here on API Evangelist, when it is all wrapped up.