An MMS API For The Next Generation of Mobile Apps

I am a big fan of APIs that do one thing and do it well, like Twilio. I had lunch with the team from a similar API yesterday, called Mogreet.

The Mogreet API lets you send and receive text or multimedia messages and use the platform to transcode, host and send video, audio and images for your web or mobile application.

When you think of the popularity of Instagram, the rebirth of Flickr and the ubiquitous value of photos and images online, it just makes sense that MMS is going to play a critical role in mobile app development in 2013.

I have a daughter, who sometimes responds to my SMS, email, chats and facebook messages. Her attention span doesn’t include always responding to her dad in "his" preferred formats. While she was visiting lately I sat on couch and watched her interact with friends and use her iPhone. I noticed she communicated mostly in photos. 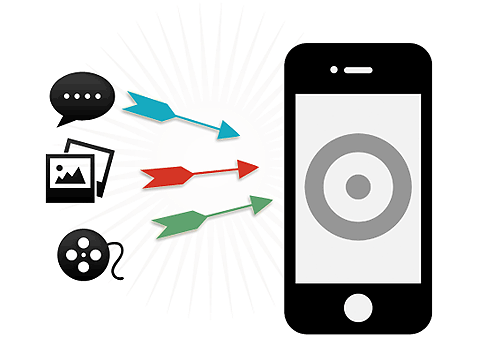 She communicates by taking photos and sending them, tweaking or distorting them and writing messages before sending, and spent a lot of time surfing and sharing silly photos from around the web--all in a social way via her smart phone.

A picture is worth a thousand words. I'm not good at math, but that seems 6x more valuable than a Tweet.

When you start thinking about which killer features will emerge in our mobile apps this year, I’m sure the majority will depend on photos or videos, making MMS a pretty critical API resources to have in your developers toolbox.

After taking a look at Mogreet, I predict we will see them fueling the next crop of meaningful mobile apps, much like Twilio has done for the last two years.