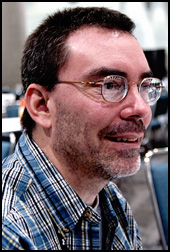 Master API architect at Layer7 Technologies Mike Amundsen (@mamund) has a great post this week on Four Tech-Related Trends That Will Shape 2013.

One of the predictions that caught my eye was that "server mash-ups will increase but client mash-ups will decline"--he clarifies it with:

The increasing popularity of languages like Node.js, Erlang and Closure will make implementing server-side mash-ups more efficient and easier to maintain than doing the same work within a client application; especially for the mobile platform. This will reduce the “chattiness” of client-side applications and increase the security and flexibility of server-side implementations. The result will be a perceived increase in responsiveness and a reduced use of battery power on mobile apps.

As with my earlier post, individual API deployments will get smaller and more numerous, I agree 100%. This is where I’m going with my post this week on virtual API stacks. With so many individual resources available on the web, in the coming years we’ll see increased “mashing up” or “virtualization” of new stacks, that are meaningful to a particular app or group of developers.

An example of this in the wild is Singly, with their API aggregation or mashup, which is available as a service, but is also available as open source on Github as Hallway. Another recent example is potentially the OpenKit Gaming BaaS, which promised to be an open stack designed for game developers.

My predication is we’ll see many more returns from server side API mashups, than we did during the client side mashup gold rush days!  Especially if providers open source these stacks, while also offering as a service.