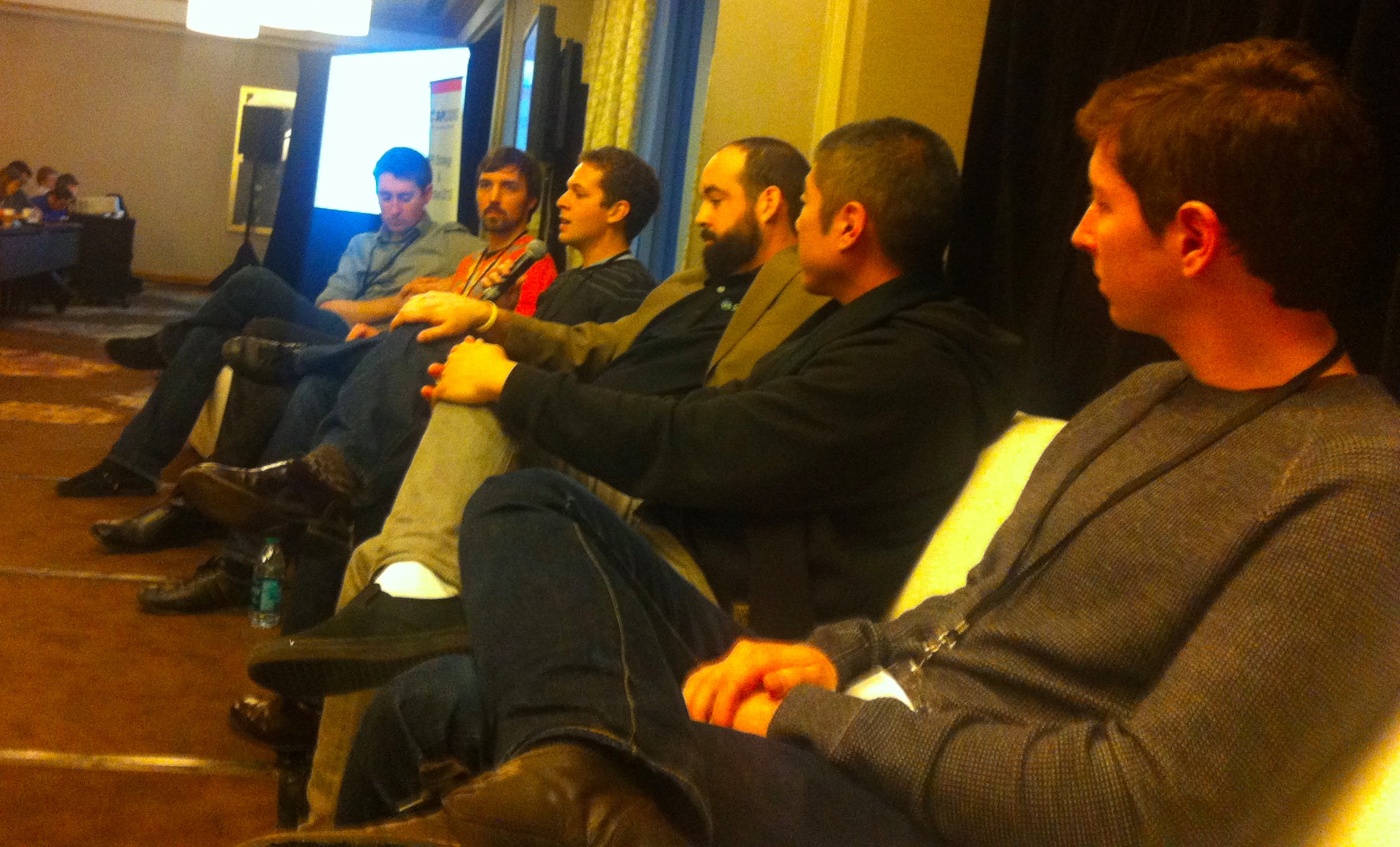 One of the lively discussions at the API Strategy & Practice conference in NYC last week was the backend as a service (BaaS) panel I moderated towards the end of the first day.

I kicked things off with some pretty standard stuff, by having each person introduce themselves and explain what they do. Next I asked them to explain what differentiates themselves from the other folks on the couch.

After that, things started heating up when I brought up a discussion about BaaS pricing, from an earlier online discussion about the mertits of user, feature or pricing base upon number of API calls. The common approach is user or api based pricing, with Stackmob focused on feature based BaaS pricing.

The conversation was definitely lead by Ty Amell of StackMob, with pointed rebuttals from Ilya Sukhar of Parse, with Miko Matasumura of Kii in between, being very diplomatic while also throwing some jabs of his own. Morgan Bickle of Kinvey, Marc Weil of Cloudmine and James Tamplin of Firebase held their own, but it things were definitely overshadowed by the discussion by Ty and Ilya.

Next the panel moved the discussion to the future of Baas, with direct questions about what potential exit strategies are for each of the platforms.

At times the panel seemed like a reality show from the BaaS world or a daytime talk show featuring the leaders in the BaaS space.

The Backend as a Service panel really showed the personalities behind the leading companies in the space. I was so engaged in the conversation, thinking about the next questions I can't recall everything that was said.  I remember some pretty sharp comments from both Ty and Ilya.  I look forward to watching again when the video is ready from #APIStrat.