From CPU to API for Intel

Intel is reportedly buying API service provider Mashery for “a range of $120 million to $180 million”, according to ReadWrite(Web). As I reflect on this, two main questions come to mind:

Was Intel’s acquisition smart for Intel? If they are serious about playing in the API game, which all signals I’ve seen say yes, I think it was smart. They didn’t buy Mashery for their tech, although their tech was a nice add-on to Intel's existing API Gateway. They bought Mashery to buy their market share.

Is the acquisition worth 120-180M? I’m not sure about that. I don’t think Masherys current market share is worth all that, so I think this is an investment in the past and the future more than current market share. Mashery is the pioneer of the API space, owning that history has value, if you can deliver on the future of the API space. Which I think Intel is more capable of than Mashery was all by itself.

Next is this a logical move for Intel? They are maker of physical things like motherboard chipsets, network interface controllers and integrated circuits, flash memory, graphic chips, embedded processors, not of things virtual like APIs.

Intel is known for making the thing essential ingredients “inside” our PCs, laptops, servers, smart phones and digital devices. They have been the driving force of “compute” for the last 40 years, basically my entire life. I’ve heard lots of chatter today that Intel moving from building the physical ingredients, to virtual APIs is too big of a switch for Intel, and they will fail. 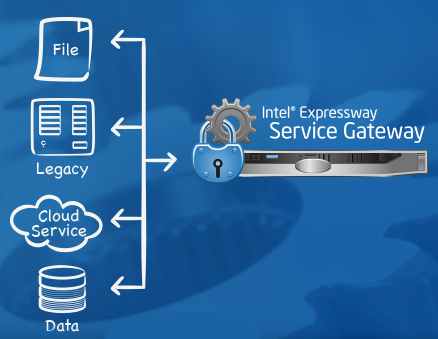 Obviously I don’t know shit about chip manufacturing, but if Intel wants to be the leader in the next 40 years of computing, moving from central processing units (CPU) to distributed processing units (DPU) makes sense. In the past they have provided the computer, memory, graphics, networking and other essential elements we needed for personal, server or mobile computing. While these elements are still relevant at the physical level, compute has moved into the clouds and when it comes to the components or resources we will need to deliver the next generation of laptop, tablet, mobile, server, automobile or anything in the realm of Internet of Things, you will need hardened and secure API compute resources.

Intel will not be building and deploying APIs for fun and games on the Internet. Intel will be the gateway of the essential resources that are driving our mobile apps like SMS, voice, video encoding, etc, all the way to vital healthcare, climate monitoring and military grade API resources that will drive everything from the private sector to governments and NGOs worldwide.

I feel the Intel vision of APIs won’t and shouldn’t apply to all aspects of web APIs, open data, and various aspects of the open web. But I think Intel has what it takes to deliver the hardened and secure compute resources we are going to need to drive the next 40 years of web enabled technology.