420% Growth In DNS API Usage Over At Dyn 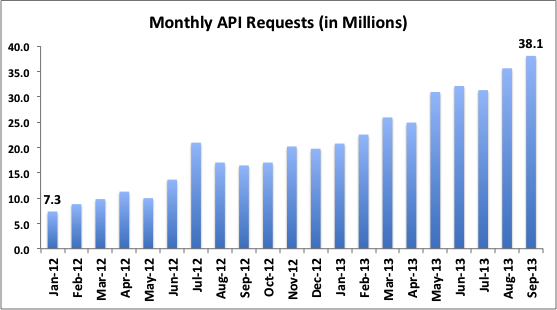 The folks over at Dyn who provide traffic, message, remote access and domain services, including a suite of SOAP and REST based APIs, have released some interesting stats on their API usage.

In their data they split out who is using SOAP vs REST APIs, with only 3.3% of their total API requests being SOAP, with almost no growth in same time period, compared to the 420% growth in REST usage.

I don't think the data is particularly noteworthy, it represents what we already know about the space and see reflected in other charts. What I think is noteworthy is Dyn sharing the data. You don't see many API publishers sharing their numbers, and its something I'd like to see more of.