State of APIs In Journalism: The Guardian

Major newspapers having APIs is nothing new. We've heard stories out of the Guardian, New York Times and USA Today having APIs, but after several years where are these API initiatives headed? What is next? Is there innovation going on in the area journalism when it comes to APIs?

This dive into the world of journalism will take some time, but I will start with what I consider to be the leader, The Guardian Open Platform. The UK paper has all the essential building blocks I would want in an API provider, starting with a clean overview and getting started pages to get developers and data journalists up to speed.

The Guardian Open Platform revolves around two API resource, the Content API and Politics API and a vast data store of spreadsheets and other data sets that the Guardian has gathered throughout news cycles. There is an API Explorer which allows you to quickly get your hands dirty with the Guardian APIs, which is essential. 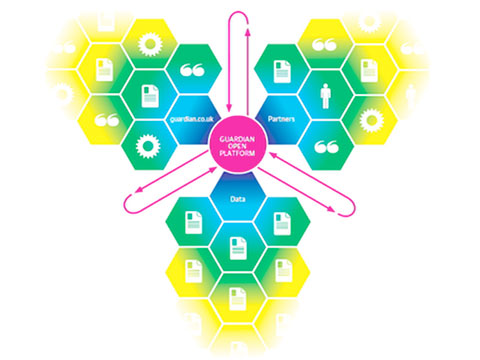 There is also a variety of code libraries including Java, Scala, Ruby and ColdFusion flavors, as well as an App Gallery showcasing what has been built on the Guardian APIs.

The Guardian Open Platform is supported by an active blog, forum and Twitter account, providing the necessary building blocks to build community around the API.

There appears to be some unique gems under the surface with the Guardian Wordpress plugins and their MicroApp Framework looks like it could be interesting, but I just don't see a lot of information available on it.

The Guardian Github account is pretty active, but most of it is around the Guardian front-end, not for any innovation that you'd expect around open data and APIs.

On the surface, the Guardian Open Platform appears to have everything you need for a successful API platform, but I just don't see anything that stands out and screams "innovation in journalism using APIs". With that said, I have to mention the N0tice platform, which is a separate user generated content publishing platform that is developed by the Guardian Media Group.

Maybe there is more going on behind the scenes than I can find in the API portal, but currently it looks like business as usual in the Guardian Open Platform. Which isn't necessarily a bad thing, I think all newspapers should have this, but you'd think with the leadership position in the space, the Guardian would have some secret sauce simmering on the back burner. I will look at NYT, USA Today and other publications API initiatives, tae a look at N0tice and then come back and take another look before I wrap-up my state of APIs in journalism.