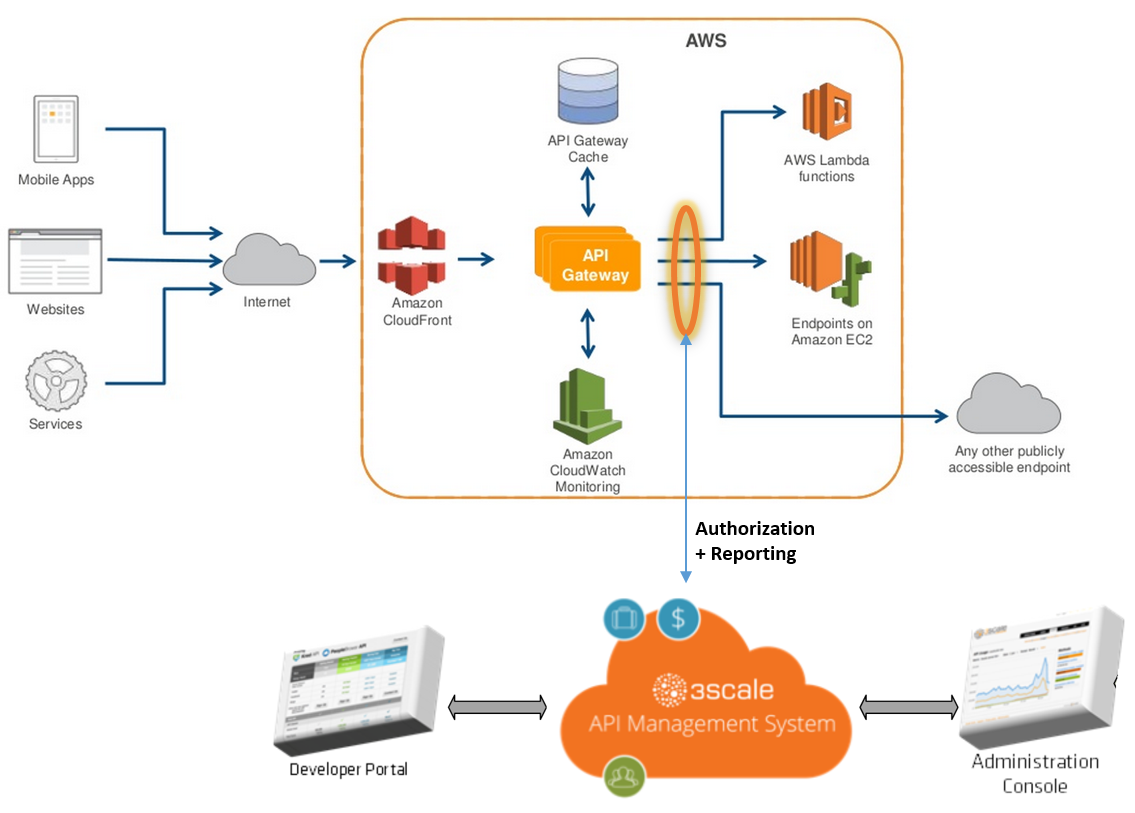 One of the things that really bothers me in the API space is when API service providers are too competitive, establish silos, don't use APIs themselves, and refuse to provide interoperability with other service providers. It is the API space y'all, this shit needs to work together, if we expect anyone to buy into what we are selling--if you aren't confident of the product you are selling, you probably shouldn't be in business.

This is why it makes me happy to see the work 3Scale has done in integrating their own API infrastructure with AWS API infrastructure. You can find the details of the integration opportunity over at 3Scale, but I want to focus on the subject of API service providers working together, even if it is externally augmented like 3Scale did, as opposed to formal partnership.

Within weeks of AWS launching their API Gateway, the 3Scale team was not only unfazed by the potential competition from the cloud giant, they immediately got to work understanding how their own infrastructure could compliment the offering. There is an overlap between the AWS API Gateway, and 3Scale infrastructure, but both platforms bring an immense amount of value to the table, and it is very forward thinking of their team to see this, rather than just sit around worrying about what AWS would do to their business.

3Scale has an eight year head start when it comes to API management, and AWS brings some serious API deployment power to the table with their new Lambda platform. What 3Scale has done, represents how API service providers should behave in the industry. I have lots of experience in trying to get API service providers to work together, and participate in a conversation on stage at events, something that can like getting a group of toddlers to play together.

To me, what 3Scale is doing demonstrate their confidence in the infrastructure they are selling. I saw a number of folks on Twitter highlight what a bad omen it was for API deployment and management service providers, when AWS released their API gateway solution. While it does have significant implications when it comes to the industry, I think the negative impact will be felt by the API service providers who really don't have something of value to offer, and companies like 3Scale who do, will be just fine.