Just The Best Parts Of The API Documentation Please 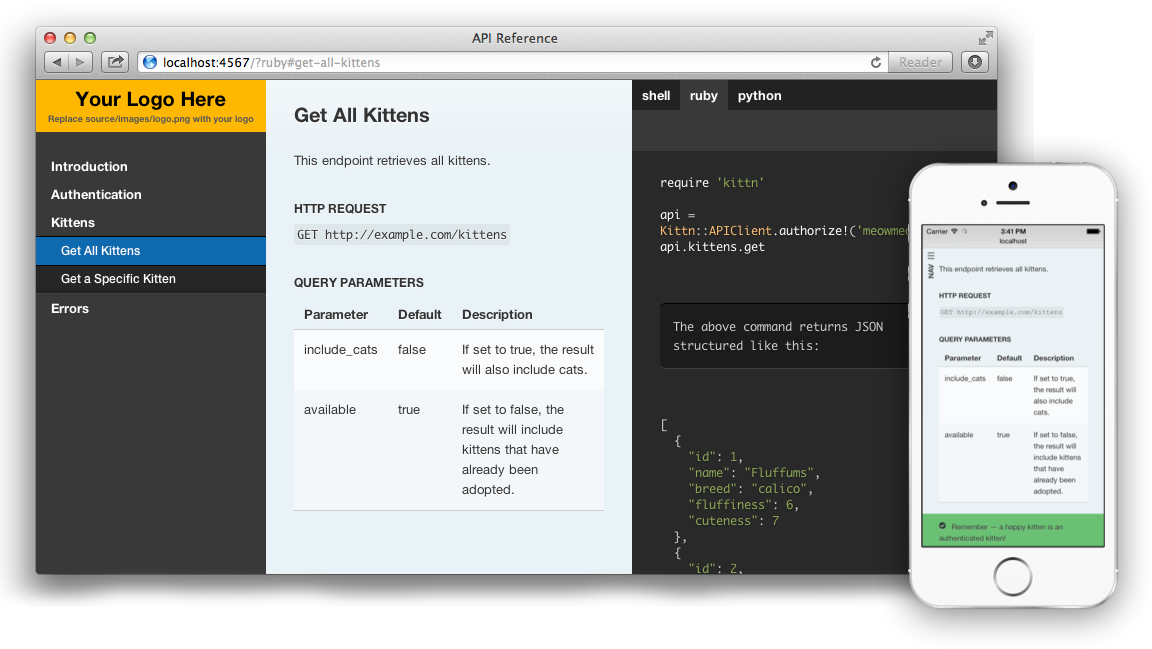 Interestingly I had written about their use of Slate for API docs back in 2014, so it makes sense for me to keep tracking on, but more importantly I think the move reflects the wider evolution of API documentation. If you aren't familiar with Slate, it is a very attractive way to document your APIs, that many API providers and consumers have latched on to. Slate, in contrast to the very utilitarian style of Swagger UI, has certain elements developer prefer--something I can see why, after looking at a lot of API docs.

Dwolla's evolution from their old static API docs to Slate, and then to their current version highlighted two important aspects of the modern API documentation evolution for me. First, the feedback to the Dwolla team revealed that the three column format which Slate used for documentation, made the documentation seem like it was not part of the overall Dwolla experience--it was separate. Which is one unique thing Swagger UI did, is that allowed it to be embedded within any API portal, even though the look was not as attractive as Slate is.

As they evolve overall their portal experience, Dwolla was sure they wanted to keep the code sample viewer, which allows for inline viewing of raw, PHP, Ruby, Python, and JavaScript samples for each API. In rethinking their API docs, the Dwolla team wanted to decouple the three-pane experience, but keep the attractiveness, flowing navigation, and inline language sample experience that Slate delivered--keeping just the best parts of the increasingly ubiquitous API documentation format.