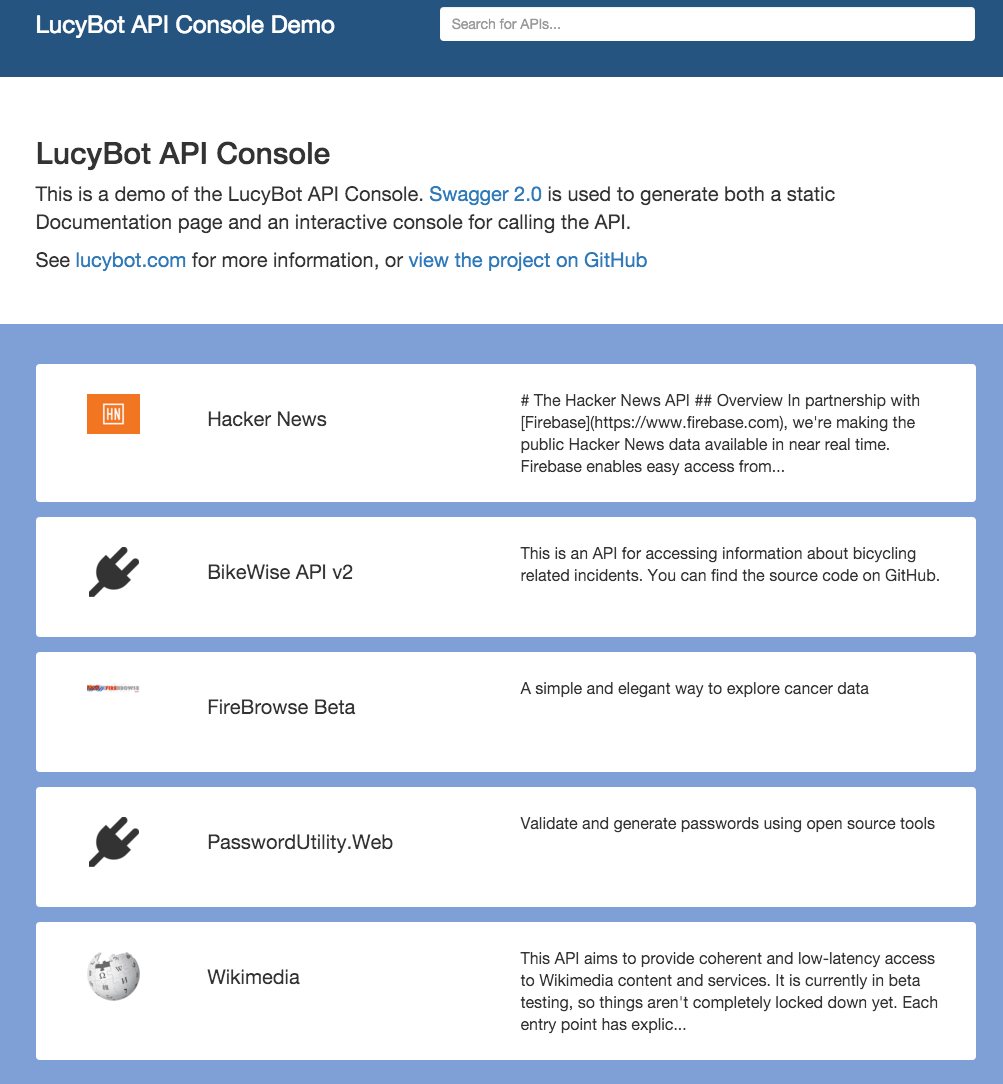 The LucyBot API Console is both! It is API definition driven, using the OpenAPI Spec as its engine, but also provides a conversion tool for RAML, WADL, or API Blueprint. The LucyBot API Console is also very attractive, responsive, and flows much like Slate does, but goes much further by being an actual interactive API console, not just good looking, static docs. You can see Lucy Console in action over at AnyAPI, or as a small set that demonstrates different CSS variations.

I have forked, and started playing with the LucyBot API Console more--I encourage you to do the same. There are a number of features I'd like to see in there, like more embeddability, and templability of the UI, as well as some APIs.json support, and D3.js visualization integration--so I wil be getting more knowledgeable of the code base, and in tune with the road map. I know the LucyBot team is open sourcing the code to encourage contributions, and are looking for investment in dev and business resources to move the project forward--so get involved!

It is good to see the API definition driven API documentation conversation moving forward in 2016!