While It Does Suck Parse Went Away, I Wish Every Service That Shutdown Left Behind The Same Page

It definitely sucks that Parse went away like they did, but you have to commend them on the page they left behind. Facebook put up the download link to an open source version of Parse Server, and a link to the migration guide. I like that they also left up the blog, which I think is almost just as important as the code, telling the story of what happened, right up to the end. 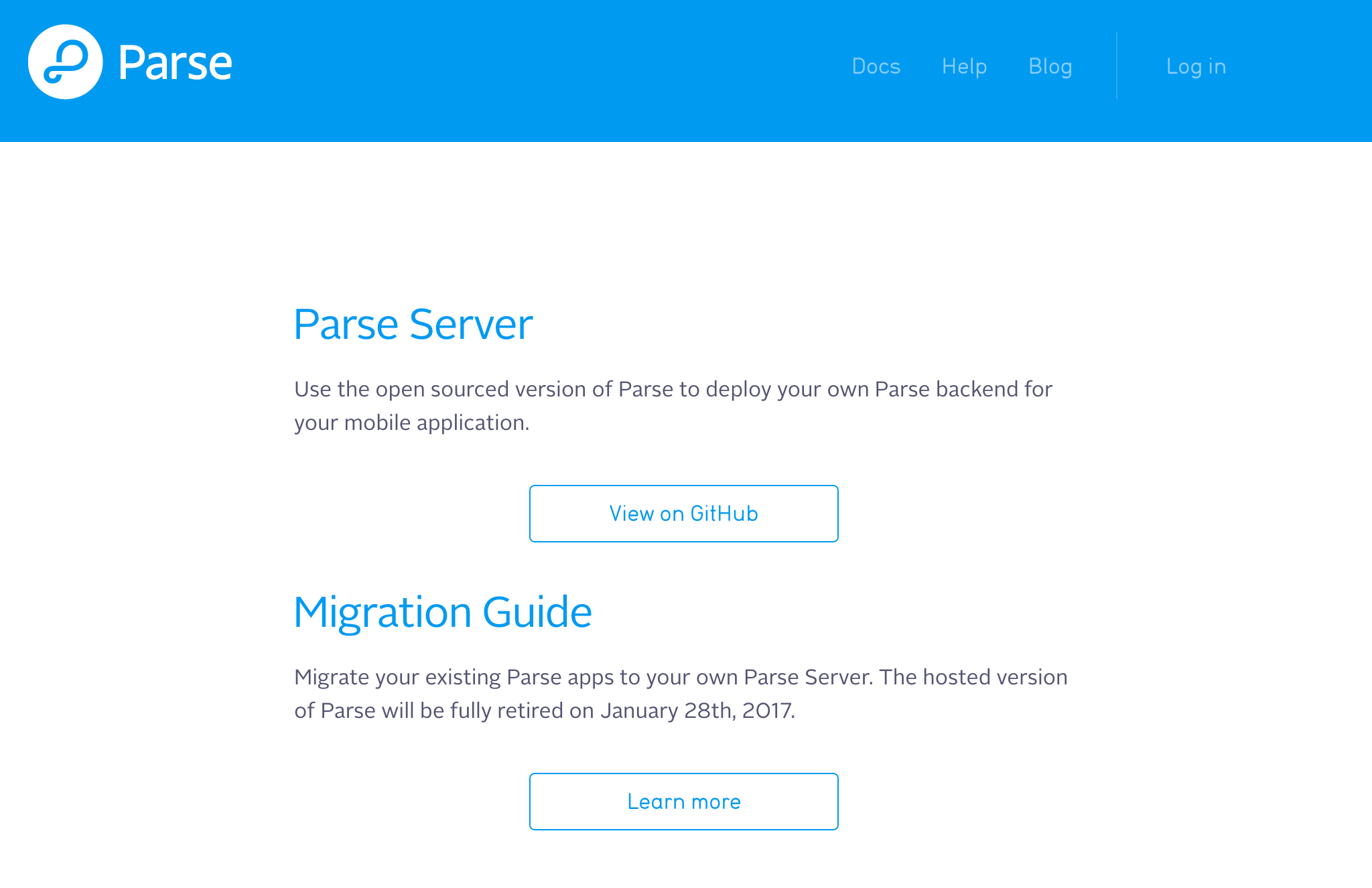 I come across newly deprecated API providers, and API service providers all the time. Most of the time they are just dormant, nothing going on but the site is up, and other times the website is just gone, with no message at all. I rarely ever come across anyone who puts up an open source version of their platform, with instructions on what to do next, and leave the blog up.

If you are running an API, or a service that caters to the API space, and you are facing shutting everything down, feel free to reach out, and I'm happy to put up a splash page, help organize a Github repo of any server, and client code, as well as your API definitions. I'm happy to pay for the domain, so that the work you did doesn't go away, and people can learn from, and in some cases build off of what you did.