We Are All Responsible For Freemium Not Working 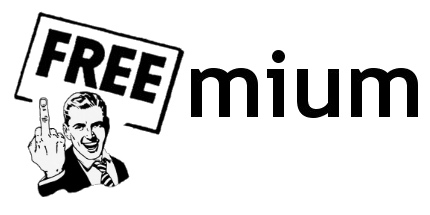 I had another conversation with an API service provider today about their freemium accounts not converting. I've been sharing my thoughts about these freemium service account conversations, as I work to understand a shift that is occurring, and what my own feelings are. At this point, I feel like we (providers and consumers) are all responsible for freemium not working, than it is about the concept itself not working.

Some of the poor behaviors of service providers:

Some of the poor behaviors of service consumers:

I feel that the concept of freemium model, when its bundled with a coherent monetization strategy, can work. However, I feel like service providers will ultimately have to tighten down their controls, and do like Best Buy has done, requiring that developers get to know them before you get any meaningful API access. #MakesSenseToMe

Sadly, when the bad behavior by developers, and API consumers, is coupled with a push by investors to focus  on selling to the enterprise, we are going to see free and freemium tiers go away. We'll see plenty of quality services emerge, but unless you have enterprise resources behind you, you won't be getting access to them. Which in my opinion will further shift the way software is developed and consumed, back toward the old way we did before SaaS.

I'm guessing many of you business folks will just file this under markets working things out. However I think it is more about those with resources actually maintaining the upper hand. It bums me out that 1000lb gorillas can offer free services to lower the bar so low, nobody can survive. These aren't healthy market behaviors or forces, it is just bad for everyone without the resources to survive in these environments.

Another realization I've had about all of this, is that a whole generation of developers have grown up in this environment. I talked to a "senior engineer" yesterday, who told me about his long career, that started in 2007. Leaving me realizing that many developers think free software is normal, and 99c apps is a good thing. Buying into the unrealistic, market disrupting, and dominating behavior of the Googles out there.

Honestly I don't give a shit anymore. I won't be writing about any solutions that my small business can't afford, and kick the tires before swiping my business credit card. Who am I though? Nobody. As a real small business, I will always spend the time to get to know my service providers, and well as my service consumers, and I will be able to find money in the cracks -- as I have since 1988. #onward