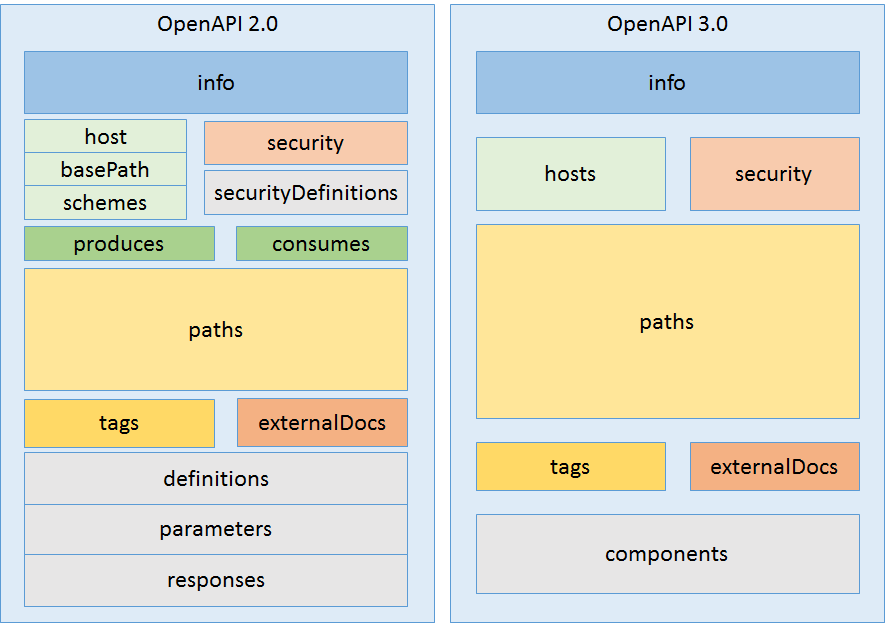 The highlights in version 3.0 of the OpenAPI Spec for me are:

The OAI blog provides a five-part series covering the version 3.0 release. These ten areas are the highlights for me. I think they nailed it as far as what was needed, while also pushing into areas like linking and webhooks that I hadn't anticipated. I am looking forward to playing with converting some of my 2.0 specs to be 3.0 compliant--once I am a little more intimate with it, I can do better to estimate how long it will take for me to evolve my platform from 2.0 to 3.0.

I am impressed with what the OpenAPI Spec working group has gotten accomplished. I am optimistic about what is possible with OpenAPI Spec in 2017--something I'm going to be investing in heavily.