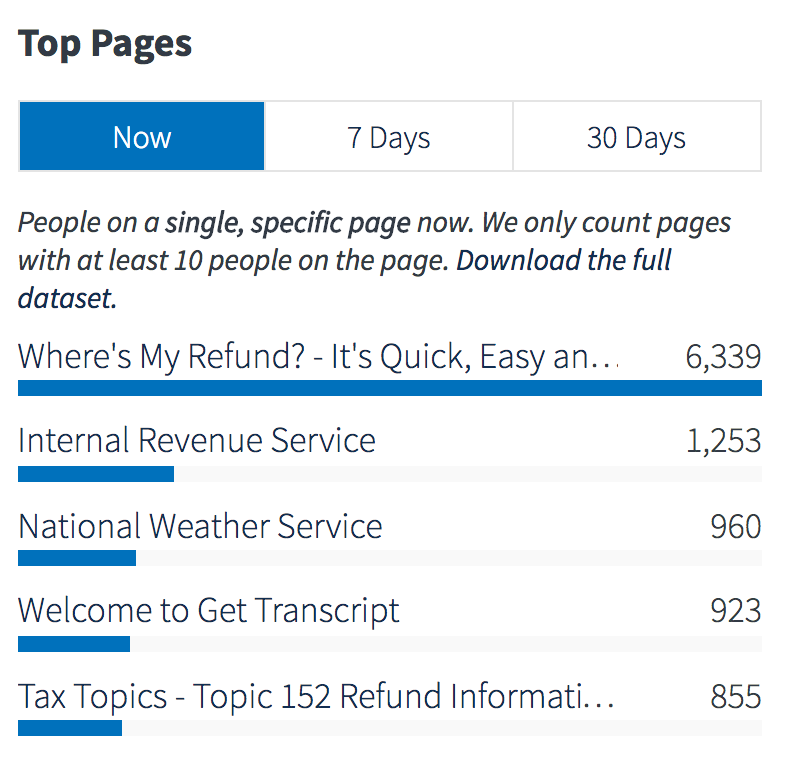 I'm putting some thought into the what a public analytics layer might look like for federal, state, county, and city governments. Something that looks like analytics.usa.gov, but for APIs. This is one of the things I really like about government is that you get to push forward ideas that you just can't convince folks to do in the private sector. There is no way companies will share their web or API traffic numbers publicly because there are too much smoke and mirrors involved in the process--for some reasons folks like accountability in government, but not in private sector???

API analytics are a slightly different beast than web analytics, so I wanted to step back and think about what is important to me, an API consumer, or potential API consumer when I am looking at what API does, or a group of APIs actually do:

As a potential API consumer seeing this data would help me understand what is possible, based upon what other people are already doing, and possibly light the fire under my imagination. This is where I would start based upon some of the most common analytics I'm seeing behind the scenes from API providers. I wish ALL API providers had the balls to publish their analytics publicly, but sadly many are too concerned with obfuscating their successes and failures, to be this honest.

I'm hopeful with the precedent that analytics.usa.gov is setting with web analytics, and the fact that the code behind it is open source on Github for any federal, state, county, or city government to put to work. I'm also optimistic about this same practice being put to use when it comes to the API layer of the public sector, and something I'm hoping that open source API management providers will help incentivize their users to publish on GitHub. I'd love for a few honest and brave API providers in the private sector to follow the lead, but after getting to know the space so intimately I am not holding my breath.