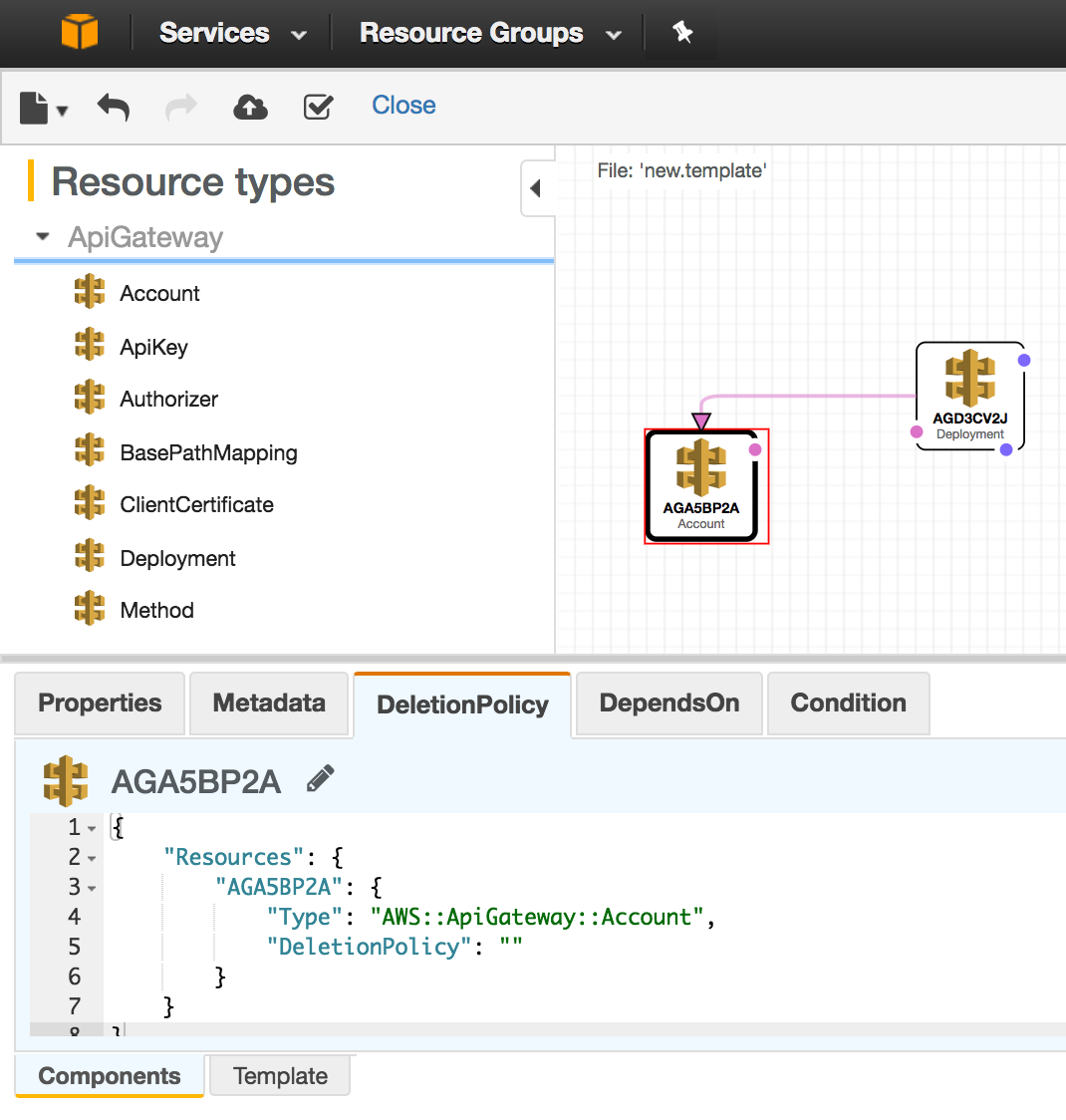 I'm always on the hunt for new ways to define, design, deploy, and manage API infrastructure, and thought the AWS Cloud Formation Designer provides a nice look at where things might be headed. AWS CloudFormation Designer (Designer) is a graphic tool for creating, viewing, and modifying AWS CloudFormation templates, which translates pretty nicely to managing your API infrastructure as well.

While the AWS Cloud Formation Designer spans all AWS services, all the elements are there for managing all the core stops along the API life cycle liked definition, design, DNS, deployment, management, monitoring, and others. Each of the Amazon services is available with a listing of each element available for the service, complete with all the inputs and outputs as connectors on the icons. Since all the AWS services are APIs, it's basically a drag and drop interface for mapping out how you use these APIs to define, design, deploy and manage your API infrastructure.

Using the design tool you can create templates for governing the deployment and management of API infrastructure by your team, partners, and other customers. This approach to defining the API life cycle is the closest I've seen to what stimulated my API subway map work, which became the subject of my keynotes at APIStrat in Austin, TX. It allows API architects and providers to templatize their approaches to delivering API infrastructure, in a way that is plug and play, and evolvable using the underlying JSON or YAML templates--right alongside the OpenAPI templates, we are crafting for each individual API.

The AWS Cloud Formation Designer is a drag and drop UI for the entire AWS API stack. It is something that could easily be applied to Google's API stack, Microsoft, or any other stack you define--something that could easily be done using APIs.json, developing another layer of templating for which resource types are available in the designer, as well as the formation templates generated by the design tool itself. There should be an open source "API formation designer" available, that could span cloud providers, allowing architects to define which resources are available in their toolbox--that anyone could fork and run in their environment.

I like where AWS is headed with their Cloud Formation Designer. It's another approach to providing full lifecycle tooling for use in the API space. It almost reminds me of Yahoo Pipes for the AWS Cloud, which triggers awkward feels for me. I'm hoping it is a glimpse of what's to come, and someone steps up with an even more attractive drag and drop version, that helps folks work with API-driven infrastructure no matter where it runs--maybe Google will get to work on something. They seem to be real big on supporting infrastructure that runs in any cloud environment. *wink wink*