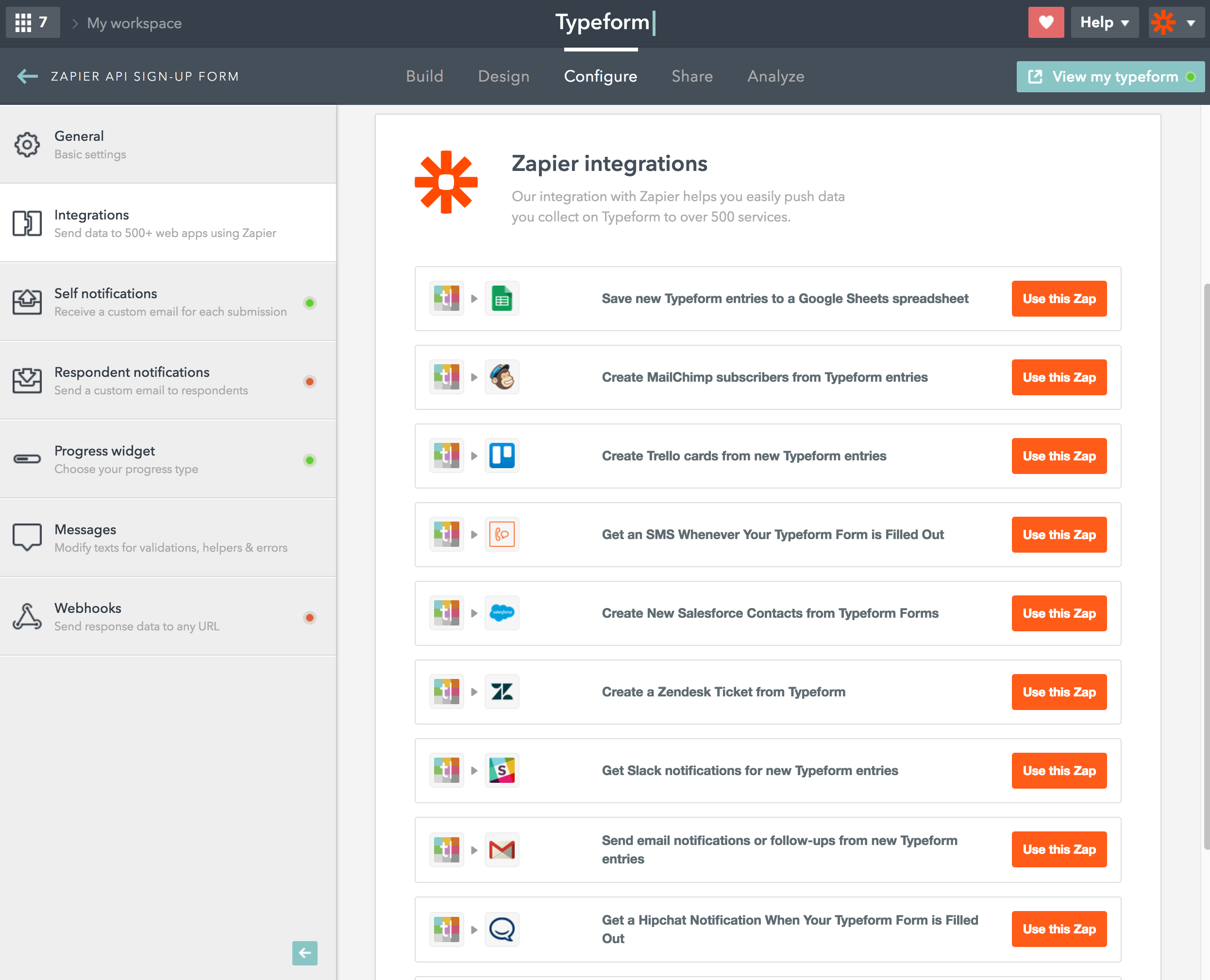 One of the areas of the API sector I've been pretty critical of service providers is in the area of integration platform as a service, or iPaaS. If This Then That emerged on the scene, and began enabling some pretty interesting orchestration between popular APIs, but their approach is something I've been critical of, because I don't feel like they pay forward the API way of doing things, by keeping their partnerships closed, and not offering an API on top of their own API-driven platform.

Because of my stance on IFTTT, I've always chosen to support the Zapier team, who are in direct competition with IFTTT, but they also have an API for developing, deploying and managing your platform integrations. My only critique of Zapier has long been that they don't have an API that lets me get at their catalog of API integrations, and workflows (zaps). I'm sure Wade Foster, Zapier's CEO is sick of hearing me complain about this, and I have to finally quit my complaining because they have released the Zapier Partner API, which is exactly the API I wanted--minus one little detail.

The Zapier Partner API is not available to everyone, it is as it is named, a "partner API". Meaning I cannot just sign up and get access to the catalog without first being a partner. The open API developer activist in me yells, "WTF, this should be an open API!!--This is not fair!!". Then I stop and think about the realities of doing APIs on the web, today open to the public, with a valuable resource like the catalog of over 750 API integrations that Zapier possesses, and I say "whoooaaa to my high horse", and step off it for a moment, and standing firmly on the ground, I have to admit their approach to releasing the partner API is pretty smart.

To use the API you have to have built a Zapier App, and become a partner--you have to have skin in the game. Then you don't just get access to see the entire catalog, you get to see any side of the pyramid that your application touches, and has contributed value to. When this requirement is met, you get some pretty interesting visibility into not just the catalog, but also the usage of your application in relationship to the catalog. Boys and girls, this is how you keep freeloading, opinionated open API developer activist types like myself from being a burden on the system. Open APIs are a nice fantasy, but in reality, when you are running a business, you actually have to be a little smarter about things than I am capable of.

So, I look forward to shutting my mouth. Stop complaining about Zapier's approach, and get to work on my Zapier App. I'm hoping it will be something worthy enough and can contribute significantly to Zapier's iPaaS platform so that I can be considered a partner. Now I have no reason to not hold up Zapier as a shining example of how you can do integration platform as a service (iPaaS) in a way that makes money, benefits API providers, as well as end users.

Nice work Zapier--I'm impressed with your savvy approach to delivering this API.