Setting The Rules For API Automation 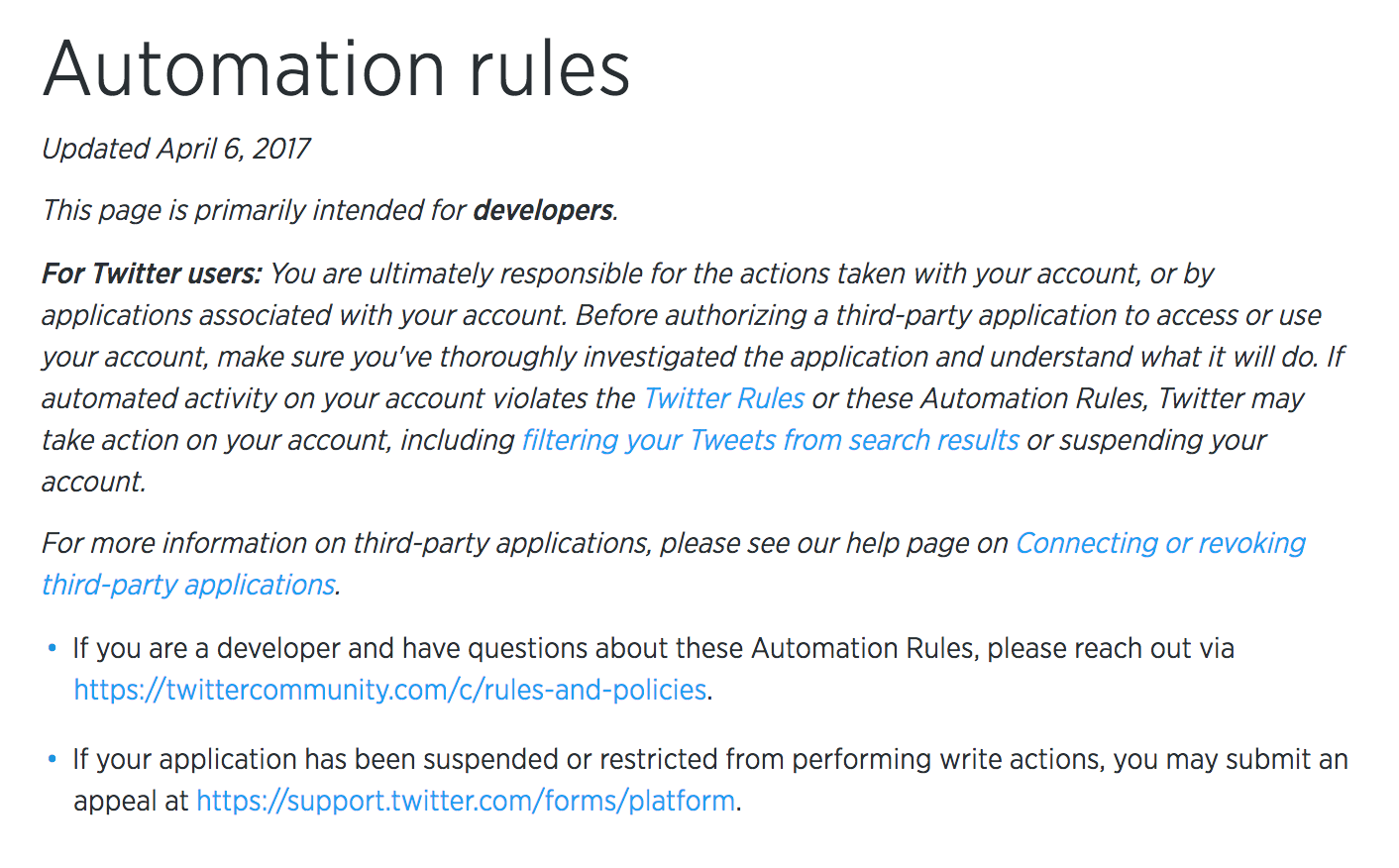 Twitter released some automation rules this spring, laying the ground rules when it comes to building bots using the Twitter API. Some of the rules overlap with their existing terms of service, but it provides an interesting evolution in how platform providers need to be providing some direction for API consumers in a bot-driven conversational landscape.

They begin by laying the ground rules for automation using the Twitter API:

Twitter is just evolving their operation by providing an automation update to the Twitter rules and the developer agreement and policy, outlining what is expected of automated activity when it comes to engaging with users account, when bots are tweeting, direct messages, and other actions you take when it comes to Tweets or Twitter accounts. Providing an interesting look at the shift in API platform terms of service as the definition of what is an application continues to evolve.

While there were may automated aspects to the classic interpretation of web or mobile applications, bots are definitely bringing an entirely new meaning to what automation can bring to a platform. I think any API driven platform that is opening up their resources to automation is going to have to run down their list of available resources and think deeply about the positive and negative consequences of automation in the current landscape. Whether it is bots, voice, iPaaS, CI, CD, or any other type of API driven automation, the business, and politics of API operations are shifting rapidly, and the threats, risks, and stakes are only going to get higher.