100K View Of Bot Space From The API Evangelist Perspective 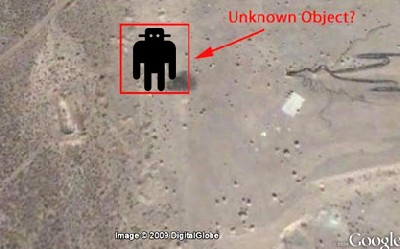 I had a friend ask me for my thoughts on bots. It is a space I tend to rant about frequently, but isn’t an area I’m moving forward any meaningful research in, but it does seem to keep coming up and refuses to ever go way. I think bots are a great example of yet another thing that us technologists get all worked up about and think is the future, but in reality, while there will only be a handful of viable use cases, and bots will cause more harm, than they ever will do any good, or fully enjoy a satisfactory mainstream adoption.

First, bots aren’t new. Second, bots are just automation. Sure, there will be some useful automation implementations, but more often than not, bots will wreak havoc and cause unnecessary noise. Conveniently though, no matter what happens, there will be money to be made deploying and defending against each wave of bot investment. Making bots is pretty representative of how technology is approached in today’s online environment. Lot’s of tech. Lot’s of investment. Regular waves. Not a lot of good sense.

Top Bot Platforms
Ok, where can you deploy and find bots today? These are the dominant platforms where I am seeing bots emerge:

There are other platforms like Telegram, and folks developing interesting Github bots, but these three platforms dominate the conversation when it comes to bots in 2017. Each platform brings it’s own tone when it comes to what bots are capable of doing, and who is developing the bots. Another important thing to note across these platforms is that Slack is really the only one working to own the bot conversation on their platform, while on Facebook and Twitter allow the developer community to own the conversation about exactly what are bots.

Conversational Interfaces
When it comes to bots, and automation, I’m always left thinking more broadly about other conversational interfaces and Siri, or more specifically Amazon Alexa. The Amazon Alexa platform operates on a similar level to Slack when it comes to providing developers with a framework, and tooling to define and deliver conversational interfaces. Voice just happens to be the interface for Amazon, where the chat and messaging window is the interface for Slack, as well as Twitter and Facebook. Alexa is a bot, consuming API resources alongside the other popular definitions of what is a bot on messaging and social channels–expanding the surface area for how bots are deployed and engaged with in 2017.

Bots And APIs
To me, bots are just another client application for APIs. In early days APIs were about syndicating content on the web, then they were used to deliver resources to mobile applications, and now they are delivering content, data, and increasingly algorithms to devices, conversational interfaces, signage, automobiles, home appliances, and on and on. When any user asks a bot a question, the bot is the making one or many API calls to get the sports statistic, news and weather report, or maybe the purchase of a product. There will be many useful scenarios in which APIs will be able to deliver critical resources to conversational interfaces, but like many other client implementations, there will be many, many bad examples along the way.

Algorithmic Shift
In 2017, the API space is shifting gears from primarily data and content based APIs, to a more algorithmic focus. Artificial intelligence, machine learning, deep learning, cognitive, and other algorithmically fueled interfaces are emerging, wrapped in APIs, intent on delivering “smart” resources to the web, mobile, and conversational interfaces. We will continue to see an overwhelming amount of discussion at the intersection of bots, API, and AI in coming years, with very little actual results delivered–regardless, there will be lots of money to be made by a few, along the way. Algorithms will play a central role in ensuring the “intelligence” behind bots stay a black box, and sufficiently pass as at least magic, if not entirely passed off as comparable to human intelligence.

Where Will The Bot Money Be?
When it comes to making money with bots, there will only be a couple value creation centers. First, the platforms where bots operate will do well (most of them)–I am not sure they all will generate revenue directly from bots, but they will ensure bots are driving value that is in alignment platform revenue goals. Next, defensive bot solutions will generate sufficient amounts of revenue identifying and protecting businesses, institutions, and government agencies from the bot threat. Beyond that, venture capital folks will also do well investing in both the bot disruption, and bot defensive layers of the conversation–although VCs who aren’t directly involved with bot investment, will continue to be duped by fake users, customers, and other bot generated valuations. Leaving bot blemishes on their portfolios.

Who Will Lose With Bots?
Ultimately it is the rest of us who will come out with on the losing side of these “conversations”. Our already very noisy worlds will get even noisier, with more bot chatter in the channels we currently depend on daily. The number of humans we engage with on a daily basis will decrease, and the number of frustrating “conversation” we find ourselves stuck in will increase. Everything fake will continue inflate, and find new ways to morph, duping many of us in new and exciting ways. Markets will be noisy, emotional, and always artificially inflated. Elections will continue be just an an outright bot assault on voters, leaving us exhausted, numb, and pretty moldable by those who have the biggest bot arsenals.

Some Final Thoughts On Bots
I am continuing to see interesting bots emerge on Twitter, Facebook, Slack, and other channels I depend on like Github. I have no doubts that bots and conversational solutions will continue to grow, evolve, and result in a viable ecosystem of users, service providers, and investors. However, I predict it will be very difficult for bots to ever reach an acceptable mainstream status. As we’ve seen in every important conversation we are having online today, some of most badly behaved amongst us always seem to dominate any online conversation. Why is this? Bots. We will see this play out in almost every business sector.