A Lack Of Communication Around Federal Government APIs 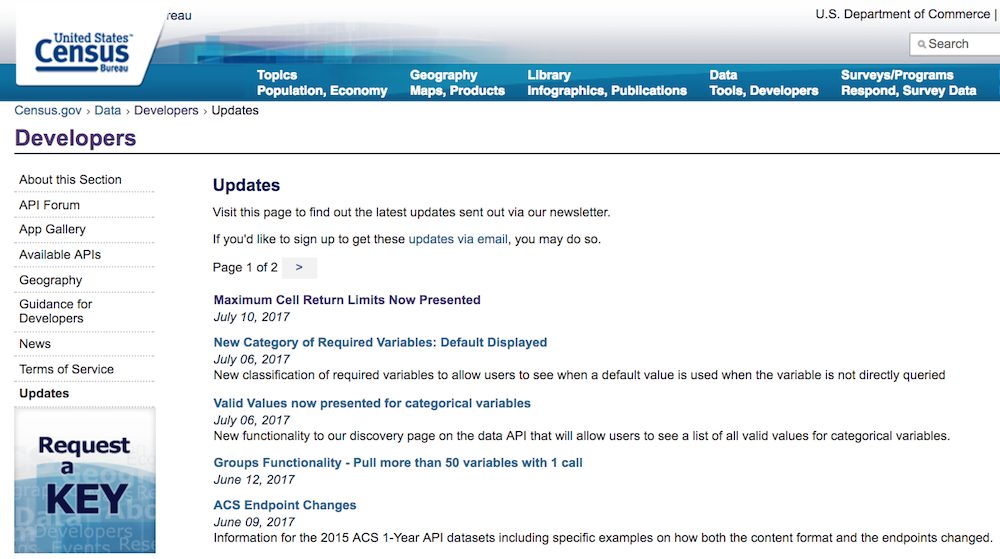 I personally understand the challenges with communicating publicly when you work for the federal government. It is one of the top reasons I do not work in federal government anymore. It would kill me if I couldn’t blog each day without friction–it is how I create and ideate. Even with this understanding I find myself regularly frustrated with the lack of communication by owners of APIs across federal government agencies. There are numerous agencies who do successfully communicate around their APIs and open data projects, but the majority of APIs I come across have little, or no communication around their API operations.

Have a blog, Twitter, or Github account might seem like a nice to have, but in reality they are often the only sign that anyone is home, and an API is reliable, and make the the difference between choosing to integrate with an API, or not. A blog or Twitter account, and whats new feature box on the home page of an API developer portal can send the winning (or losing) signal that an API is actually active and alive. Developers come across a lot of APIs that are dormant or abandoned, and the presence of common communication channels (blog, Twitter, Facebook, LinkedIn, Github) are the signal we often need before we are willing to invest the time into learning another new API, or signing up for yet another developer account.

I know that it is possible to handle API communications in a healthy way at government agencies–18F, Census, and others are doing it right. There is some serious storytelling friction occurring in government. I see the same illness in corporate and other institutional API platforms–geeks and IT folks aren’t always the best at getting the word out about what they are doing. However, I think there is additional friction at the government level. We’ve seen a significant increase in blogging, and social network usage usage across government agencies, we need to investigate how we can incentivize federal government API operators to get a little more chatty with their work.

Communication around API operations is an essential building block. Federal government isn’t immune to this. If you aren’t telling the story about why developers should be using it, and actively communicating with your integrators, you will never find the success you seek when doing APIs at your agency. You don’t have to launch a wildly active and popular blog or social media presence. You just need something. A simple blog with RSS, hosted on your Github account. A Twitter account. Something. Please. Anything. Thank you!