My Thoughts ON Amazon EventBridge Schema Registry And Discovery 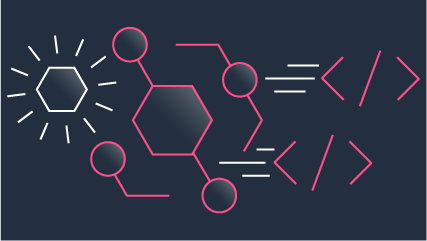 My friend Fran Méndez (@fmvilas) over at AsyncAPI asked me to share my opinions on Amazon’s EventBridge schema registry and discovery which is in preview. Something that is looking to be a pretty critical add-on to Amazon EventBridge, which provides a serverless event bus that connects application data from your own apps, SaaS, and AWS services. Event-driven approaches to APIs are growing in popularity for a number of reasons, and is something that is only increasing the need for us to get our schema house in order, resulting in solutions like the schema registry for EventBridge being pretty valuable to general API operations.

I haven’t taken EventBridge for a test drive, so all of my thoughts are purely superficial, but at first glance it looks like something that can have a meaningful impact on how people are making sense of the schema we have floating around, but I think there will be some key elements that will make or break a solution like the schema registry, something Amazon is already thinking about with their code generation from the schema registry. Here are some of the initial thoughts I am having as I read through the announcements and documentation around EventBridge and the schema registry.

The EventBridge schema registry reflects my own design for an automated API discovery solution. I don’t think we are going to get people to be API design first and thoughtfully craft all of their schema in use across API infrastructure. I think we are going to have to hoover it up from log files and other artifacts left around as part of regular operations. I think the EventBridge schema registry and approach to discovery should be default for all API Infrastructure, not just streaming, event-driven, and message bus solutions. Teams should be able to visit the schema registry and retrieve the artifacts like JSON Schema, OpenAPI, and Async API that they need. They should also be able to gather documentation, tests, and code bindings for all the messages already in motion. The schema registry should be the heartbeat of our operations, providing us with a complete view of the digital bits flowing around the enterprise.

I’ll keep an eye on what is happening with EventBridge. I think it will take some serious tooling to make it something people will put to use. I think people want to get their schema house in order but don’t always have the bandwidth and will to actually make something meaningful occur in this area—this is why API discovery has been so stalled for over a decade. However, with the right automation and tangible tooling like documentation, visualizations, notification, testing, code bindings, and traceability, we might see something like the EventBridge schema registry get more adoption. If you can pipe all your existing channels into the EventBridge and magically come out the other side with a usable registry of all our digital bits, you might see some folks finally begin to get a handle on the growing amount of data that is flowing around the enterprise on any given day.