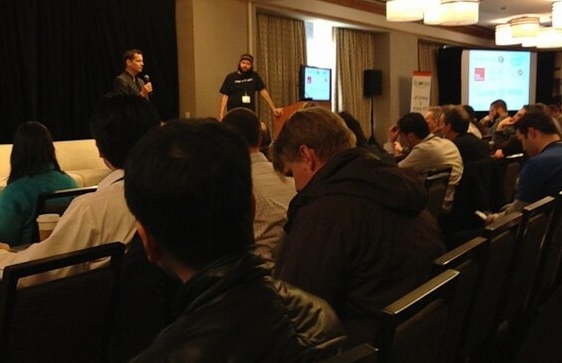 Its the Monday morning after the API Strategy & Practice Conference. The conference went off without a hitch, and was exactly the conference I envisioned when 3Scale first contacted me seven months ago about the idea of putting on the event.  In July of 2012 Steve Willmott the CEO and founder of 3Scale sent me an email stating:

..we're thinking of finally getting round to organizing an API focused event (conference) which tries to help spread knowledge about API, promote good practice and broaden the API tent beyond what it is today. The aim would be an event which combined both "business and practice" - meaning one element which tackles critical topics such as business models, strategy, success stories etc. and another which is about "what can be done with APIs" and "how to make it happen technically".

The final important thing is we'd like it to be a very open event - with a range of supporters, speakers and attendees and - while vendors might sponsor - it wouldn't be a "vendor" event.

To which I responded with:

Sounds like a great idea to me. I'm in, and willing to help in any way I can.

Of course I would be in. I’ve wanted this type of conference to occur for a while now, and what better way to make sure it happens right, than doing it yourself! It was an amazing opportunity for me--there was no ignoring it.

As many of you know the original conference was scheduled for November 1st and 2nd in New York, City. But due to hurricane Sandy, we had to postpone the conference and we ended up rescheduling it for last Thursday and Friday, February 21st and 22nd at the same venue--the Westin Grand Central in NYC.

In the end, the conference ended up with about 350 registered (SOLD OUT),with about what appears to be about 275-325 floating around each day, coming and going listening to talks from over 70 companies in the API space. It was exactly the mix of folks I had hoped to see--ranging from marketing, advertising, business and developers who were new to APIs, to the moderately skilled players who were looking to polish their skills as well as being a who’s who of API experts across the industry.

I did not get to attend as many of the sessions as I wished, and due to event coordination I wasn’t always present main stage to hear complete talks. But on Monday morning here is what’s fresh in my mind:

This list doesn’t even begin to sum up what happened at API Strategy & Practice. I will have to wait for the video to be produced from all keynotes, panels and sessions(which we will make sure and let you know when ready), to fully understand what happened across all four rooms of the amazing event.

Beyond the keynotes, panels and sessions and moving into the networking opportunity that was #APIStrat. I met so many people that I know online, but have never met in person, my head is still swimming. Every couple hours I had to walk outside and get some air, so I could keep up with the conversations. It makes me remember how important these events are to re-enforcing our existing relationships. Online will never fully replace offline relationships, just augment them in new ways...or maybe offline augments online?  Who knows!

Next, I have to throw in a comment about the beer during the drinks reception. Did you notice the IPA amongst the beer choices? Nice work Ping Identity and the 3Scale team. It is the little things that make these events successful. 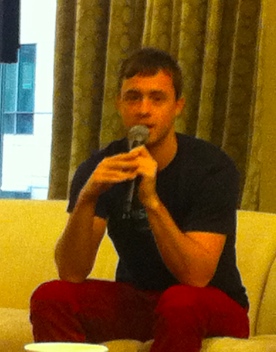 Ok. I know there was more, but I will be writing stories from now until the next API Strategy & Practice in October or November (more to come), and this post is pretty long as it is.

Anyways, I want to thank all the sponsors of API Strategy & Practice for making the conversation possible, and make sure the 3Scale team knows how thankful I am for what they did. They took all the risk, while putting up with me and my shit, to make exactly the event I envisioned when we started all of this.  It wouldn't have been possible without 3Scale.

I wanted to leave you with wise words from Augusto Marietti (@sinzone) the CEO of Mashape.  I snapped this picture exactly at the moment Augusto said: DON'T FUCK THIS UP!!

I agree with Augusto. It is way too important.  Let's make sure and keep these conversations going, so we do it right!