"Beyond Partners and Developers with Your API" 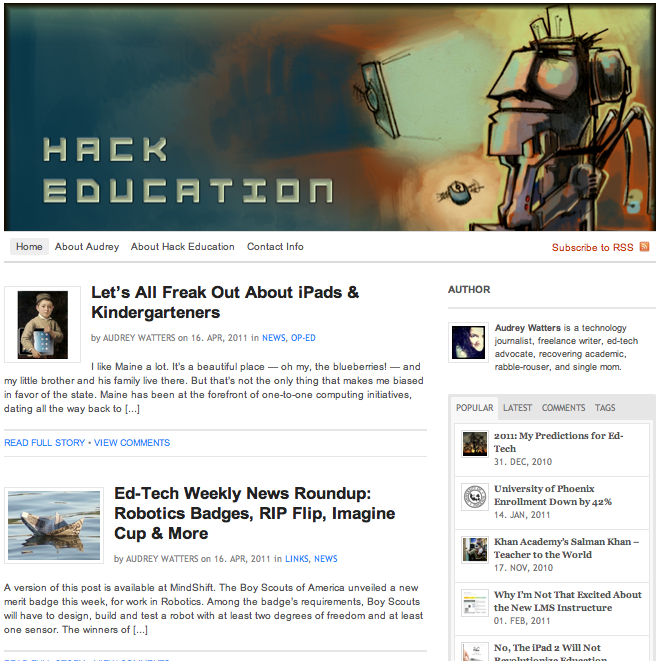 I've been watching my girlfriend Audrey Watters, evolve her online presence as a freelance writer working for ReadWriteWeb, O'Reilly, NPR Mindshift, and other high profile blogs.

A growing portion of her user base are sending her Facebook friend requests, because she keeps her profile private, she doesn't accept. So naturally she created a Facebook page.

Facebook social plug-ins make your site social, but by using the Open Graph Protocol she was able to offer a deeper integration with Facebook. By having her blog integrated with the Open Graph API she is able to push content to her "fans" Facebook wall, increasing the reach of her blog to their social streams.

Audrey got her inspiration to do this from the Journalist on Facebook fan page, a page created by Facebook to educate journalists about best practices using Facebook to disseminate information.

I see Facebook doing two things to encourage this kind of API usage:

I'm seeing shifts in many APIs lately to a more embeddable approach, such as Twitter's Web Intents, and LinkedIn's evolution of its developer platform.

In addition to an embed strategy, Facebook is creating pages and other resources targeting specific user groups. This is a potentially powerful combination for attracting new users and extending the reach of Facebook across the web.