"Should the Government Subsidize and Profit from Data Markets" 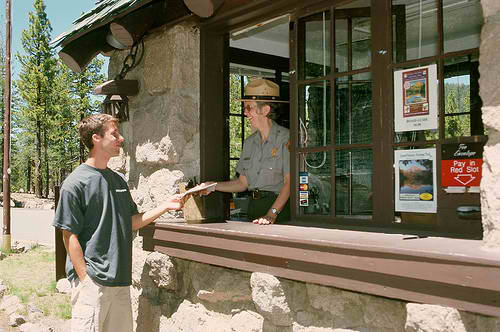 I've been having a lot of discussions with folks around the country about how to make money from data. There is a lot of data being pushed out there from federal, state and city governments, as well as from private companies and individuals--without much evidence of revenue.

At this point there seems to be money in acquiring, processing, storing an deriving meaning out of the data, but not much money in actually selling access directly to the data. Through portals like opendata.socrata.com we are seeing more government agencies and cities publish their data, and after talking with the guys from Socrata last week, their focus is on helping more agencies get their data up, not metering or building business models around the data.

Socrata has some great tools, that let developers customize how they want to access the data, and use in their applications, but there really are no mechanisms that allow data owners to make money from their data. Granted this is public data, so it should be publicly available for anyone to access and use. However there are costs associated with acquiring, processing and making this data available for download and via APIs.

I've had discussions with several data evangelist about how government could maximize their efforts around data in the virtual space and even charge for it under certain circumstances, allowing them to generate revenue to cover operational costs as well as fund more data projects.

If you think about it the government does this with public domain in the physical space. Cities and National Parks are free and open spaces for anyone to use, but once you begin looking to use these spaces for commercial use, you are required to apply for permits, and often pay fees and revenue share for access to these spaces and facilities. Why shouldn't this same thinking be applied to the virtual public domain?

Don't get me wrong. I'm not a huge fan of having to pay for accessing public data at first thought, but if the data is still open for me to access, play with and use in a non-commercial setting, and I only start paying once I use for commercial purposes, it starts to make sense. It seems like the government could come up with a data licensing model that allows this type of free, limited usage, then paid commercial usage with some sort of attribution and contribute back when data is cleaned and enhanced.

Obviously this model would require a lot more discussion, but if we could not just fund the operations of government data marketplaces, but also finance the acquisition and generation of new, high quality data--not only would our government be in a better position, I think businesses and the public would reap the benefits as well.