I recently reviewed a new API initiative from the Food & Drug Administration, called OpenFDA. I gave a whole list of things that they did right when launching the API, but one item that I thought was particularly interesting, was the actual interactive documentation for the Drugs API endpoint.

Via the OpenFDA Drug API documentation you can actually build an API query by selecting from radio button values, which then updates the resulting URL query, some summary text, and generates a graph visualization of the resulting query. After building your filter, you can run the API query, and see the request and response, which is a common feature other interactive API documentation implementations. 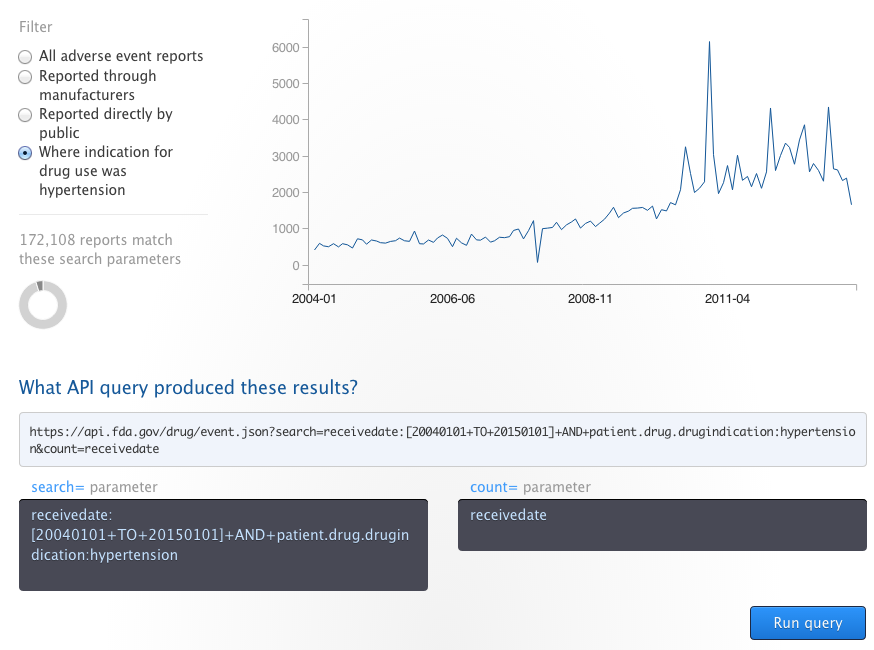