How To Build An API Brand Through Consistent Storytelling

I just had a call with one of my newer API partners, working with them on crafting version 1.0 of their API evangelism strategy, and the subject of what content to generate, and which channels to use, when building up their brand arose. In my work, about 90% of the approaches I see implemented by API providers is a traditional PR strategy, where you create content, and push to popular channels to do the work of syndicating the message. While this approach works, and is something I recommend you do, I have a different way of building up my brand, and the partner or community brands that I invest in.

All of this begins with something that truly brings value to the table for everyone involved, without this, my approach will not work. Once you have something of value, you start working directly with this value, building things, experimenting and playing, while telling the story all along the way. If it isn't something you'd use yourself, and be able to innovate with, why would you expect anyone else to. If value truly exists around products, services, and tooling associated with a brand, you will build momentum with each story you tell, eventually encouraging others to do the same.

An example of this in the wild is with the fast growing API definition Swagger. I started paying attention to Swagger closely in 2011, and by mid 2014 I had gone all in with Swagger, and integrated into my own platform, and tooling, resulting in 265 stories that reference swagger over the last four years. Let me show the value driven by this type of storytelling--here are the plotting of my stories over the last four years: 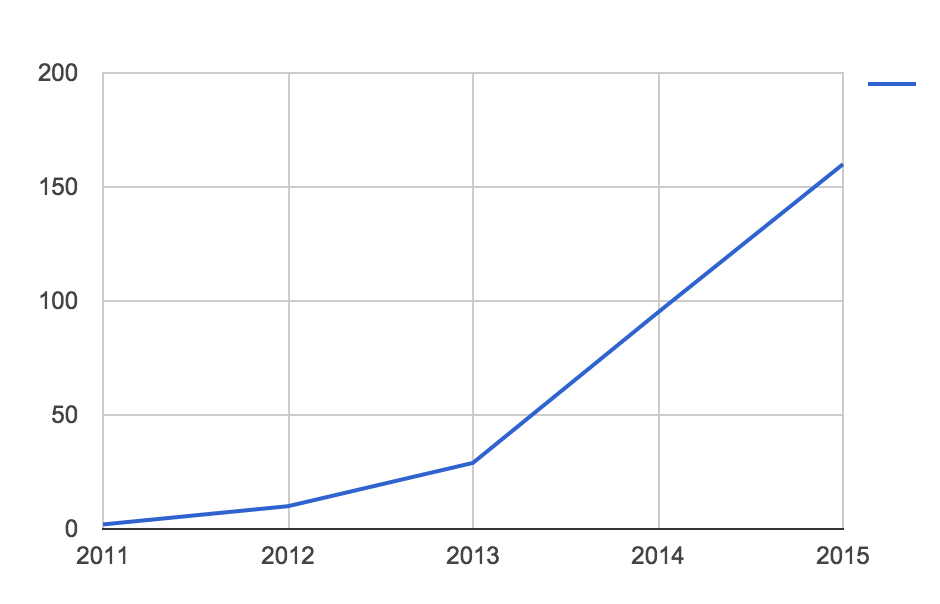 Here is a plotting of growth of the Swagger according to Google Trends: 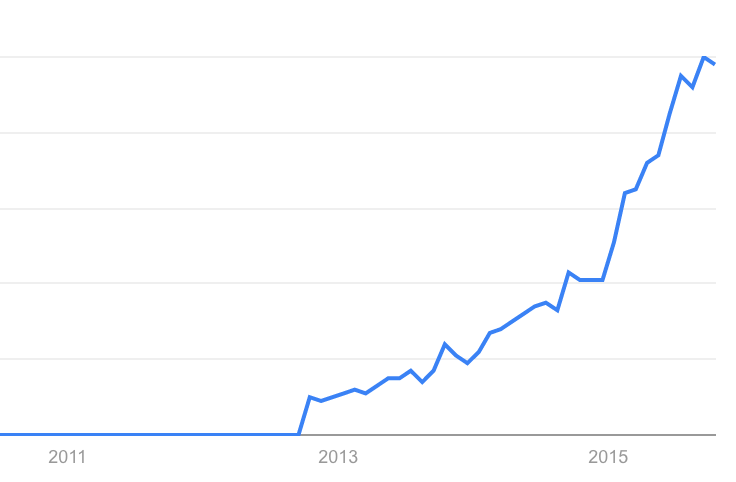 This is how you build brand awareness organically. I'm not saying I'm solely responsible for Swagger's success--it all started with the value brought to the table by Tony Tam. Secondarily it was the community who ultimately integrated Swagger into their platforms, used Swagger UI for displaying their API documentation, and innovated in the numerous other areas of API operations where the API definition format has been applied. Most importantly, it has taken the storytelling of the community, about what they have done, that got us to where we are at in 2015 with the Swagger brand.

Along with the value brought to the table by Tony, and the community, I do feel I played a significant role in where the Swagger brand is today. I did this through building tooling with Swagger, searching out what others were doing, and telling the story all along the way. I wrote 160 stories in 2015 alone, and I did this all via my own blog. I beat this drum so loud, and so consistently, others wrote about what I was doing in top tier blogs like InfoQ and TechCrunch, as well as on other company and developer blogs.

This is the power of storytelling. This isn't marketing, and isn't about products or services--it is about generating valuable exhaust around something API related, and telling the story along the way. This is something I enjoy helping API providers, and service providers understand as they try to differentiate themselves in 2015, and for a select few partners, I will be doing this around the value they bring to the table, across the API Evangelist network.