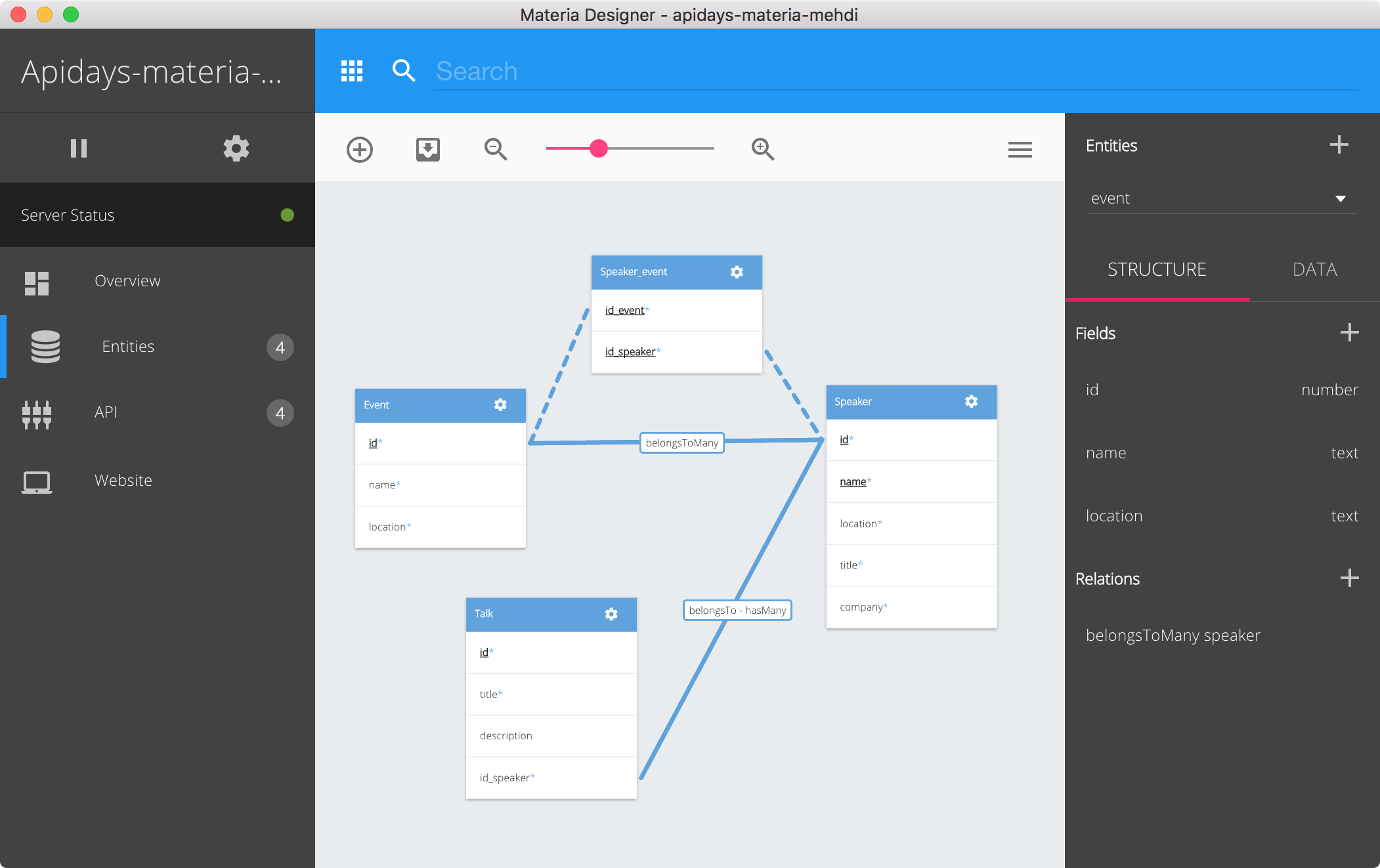 I was playing with a new API design and deployment solution, from some of my favorite developers out there this weekend called Materia, which bills itself as "a modern development environment to build advanced mobile and web applications"--I would add, "with an API heart".

Materia is slick. it is modern. While very simple, it is also very complete--allowing you to define your underlying data model or entities, design and deploy APIs, and then publish a single page applications (SPA) for use on the web, or mobile devices. Even though I'm one of those back to land, hand-crafted API folks, I could see myself using Materia to quickly design and deploy APIs.

I say this in the most positive light imaginable, but Materia reminds me of the Microsoft Access for APIs. Partly its the diagramming interface for the entities, but it is also the fact that it bridges the backend to the frontend, allowing you to not just design and deploy the database and APIs, but also the resulting user interface that will put them to work.

I know they are just getting going with developing Materia, but I can't help but share a couple things I'd like to see, that would make it continue to be the modern API driven application it is striving to be:

There are a number of other things I'd like to see, but I'm sensitive to the fact that they are just getting started. These three areas would significantly widen the initial audience for Materia beyond the developer class, which is who the application solution should be targeting. Like I said, it has the potential to be the Microsoft Access of APIs for small businesses, which isn't quite the Microsoft Excel of APIs, but a close second. ;-)

Nice work guys! It is the another positive advancement in the world of API design alongside Restlet launched their API design studio, and Apiary setting this modern era of API design into motion with Apiary. I'll be tuning into Materia's evolution on Twitter, and play more with the server and designer editions available on Github.