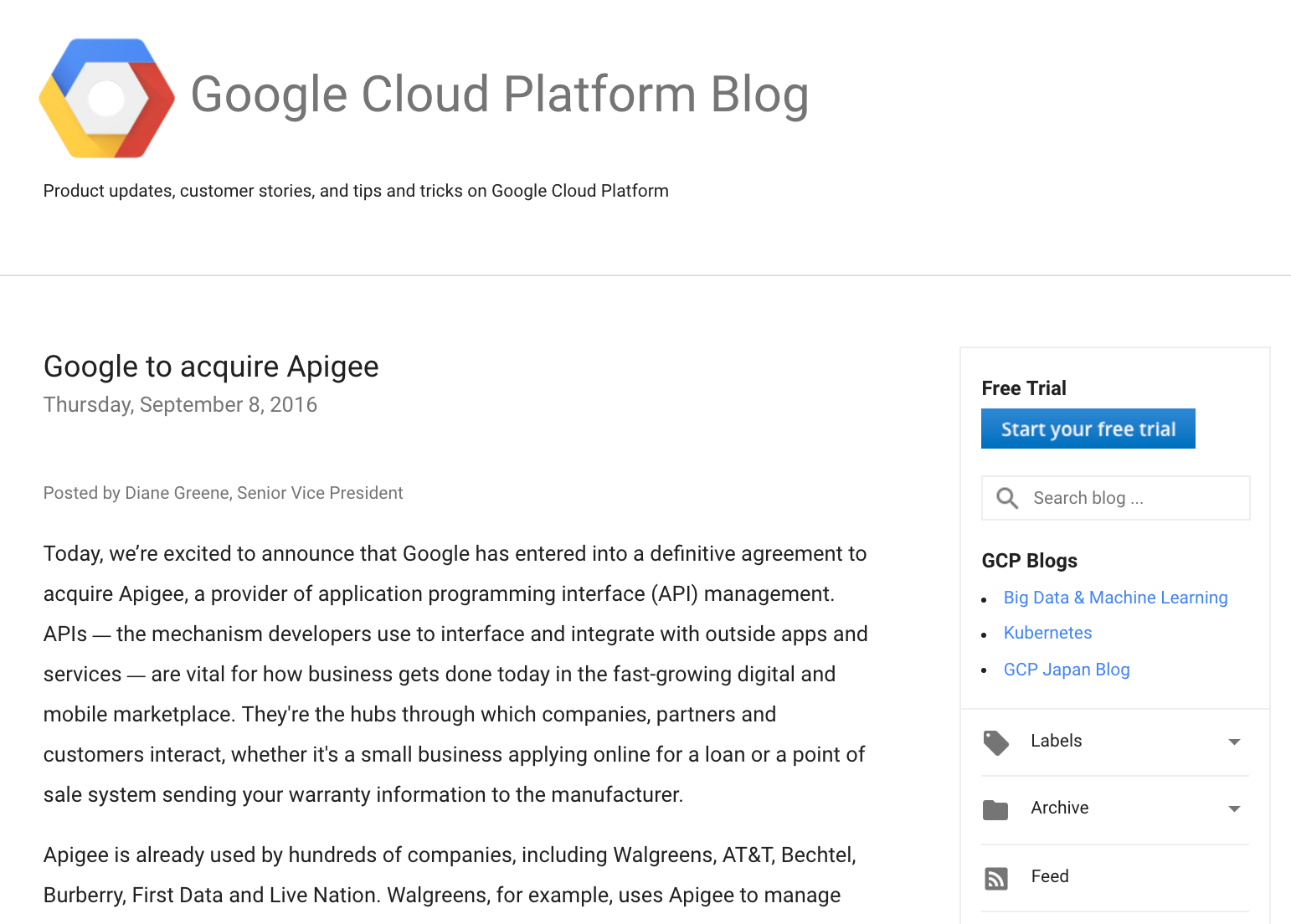 The news came in late last week that Google was acquiring API management pioneer Apigee. The news caught me by surprise. I thought if there was still going to be an acquisition of Apigee that it would come from their flagship client AT&T or from other giants like IBM. While it was surprising, seconds after hearing it, the acquisition made total sense, and I think it just reflects the increased usage of APIs by businesses of all shapes and sizes.

As I wrote about last week, we are entering a very boring and business age of APIs. My point is not that it will all be boring (as some of Twitter folks responded without reading), it is that it will be too boring for the Silicon Valley hype machine. It is like 2003 for the web, where all businesses were realizing that serving up HTML on the web was essential, but in 2016 it is now also about serving up JSON for use in web, mobile, and device-based applications--Google is wisely looking for a piece of this action.

The leading cloud providers (AWS, Microsoft, and Google) all have API management solutions now, acknowledging that a decade after Mashery first standardized API management as a service, serving up content, data, and algorithms in an organized, managed way is essential to doing business in a digital age. In the Google announcement, I also saw echoes of modern approaches to deploying APIs using containers and other virtualization approaches, which I feel reflects the decisions we saw in Red Hat buying 3Scale, and the API-led container and serverless rhetoric we are hearing out of AWS.

I was already preparing for a deeper dive into the convergence of Google's API efforts, including its cloud computing and container offerings, as well as its existing API cloud endpoint solution--the Apigee acquisition only helps me prioritize this mapping of the existing API landscape over at Google for me. Google has a lot of catching up to do when it comes to offering up API solutions that specifically target API providers, but with their experience as a provider of over a 100 APIs, I'm fairly confident they'll have the experience to pick up the momentum pretty quickly.

P.S. I propsoed a little early that Google would play in this game, but I'm getting used to the fact that nothing happens as fast as I'd like to see in the world of APIs.