API Preparation At The Bureau For The 2020 Census 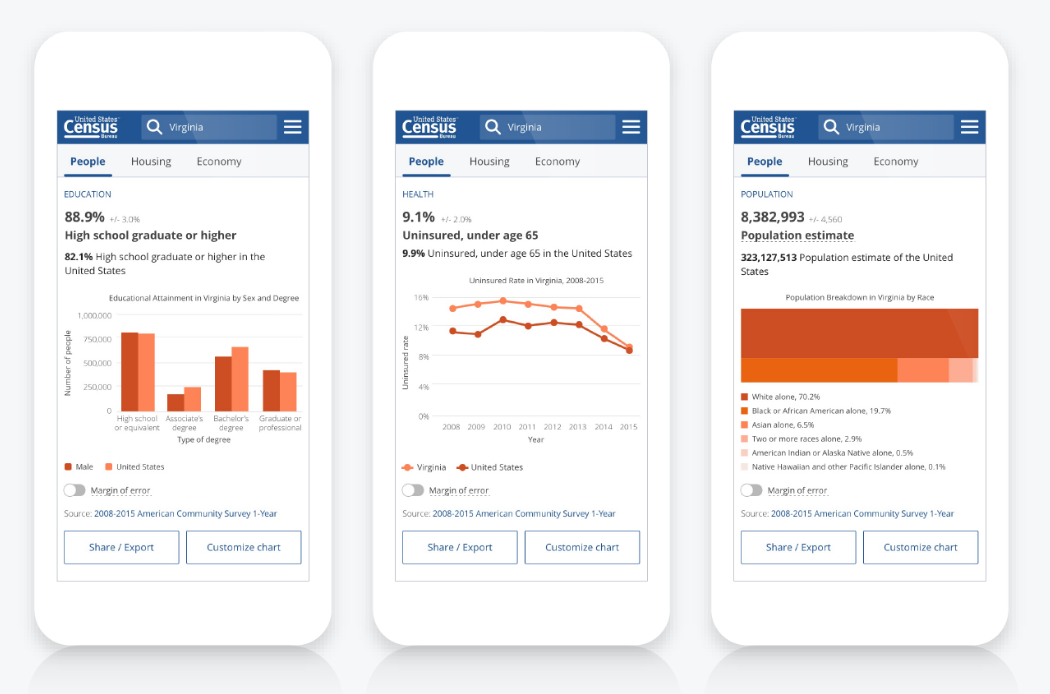 I was reading about what the Census is doing to prepare for the 2020 census over at GCN. I’ve been invested in what they are doing at Census for some time now, so it makes me happy to see where they are headed with their preparation for the 2020 census. From what I’ve read, and what I’ve seen with their existing API efforts, they have really taken API to heart and are working to bake APIs into everything they do.

According to GCN: Through the site’s application programming interface, users will be able to download and manipulate the data to serve their own purposes; ensuring that the API can drive all of data.census.gov’s core functions means outside users will have more power as well. “The more that we make this API capable, then we can serve our customers better by providing them with ways to extend the API in their own platforms for their customer base” – said Census Bureau Chief Data Officer Zach Whitman. Continuing to show that the folks at Census get APIs.

The Census Bureau is the most important API out there for helping us understand the people of the United States, and how the economy is working, or not working for us. When you look at the landing page there are working on in preparation of the 2020 Census you can tell they continue to work hard to find new ways of exploring and visualization the huge amount of data they have gathered through the censuses of the past. I’m glad the Census Bureau has been on their API journey for several years now, as what they have learned will go a long way towards making the 2020 census make a more meaningful impact.

APIs are not just about providing access to data. They are also about allowing many 3rd parties to add, update, as well as access and put to use data. Having the infrastructure and practice will contribute to a more collaborative and interactive census in 2020. Allowing local and regional players to actively play a role in the census as it plays out. What the Census teams have learned over the last couple of years operating their API platform will improve the results and the reach of the 2020 census in a way that will make it inclusive and relevant for the average citizen across the country.

I’ve met the Census data and API teams, I’m not worried about their preparation for the 2020 census. I do worry about whether or not they will have the resources they need to get the job done. With current discussions around funding the agency, as well as supporting the proper leadership at the agency. Like every other API effort I’ve come across it, the success of the 2020 census won’t just be a technical thing, it will also be about having the right business and political platform to ensure APIs are done right and are serving all stakeholders–which in the case of the 2020 Census includes every citizen in the United States.