An OpenAPI and Postman Collections for the Census API 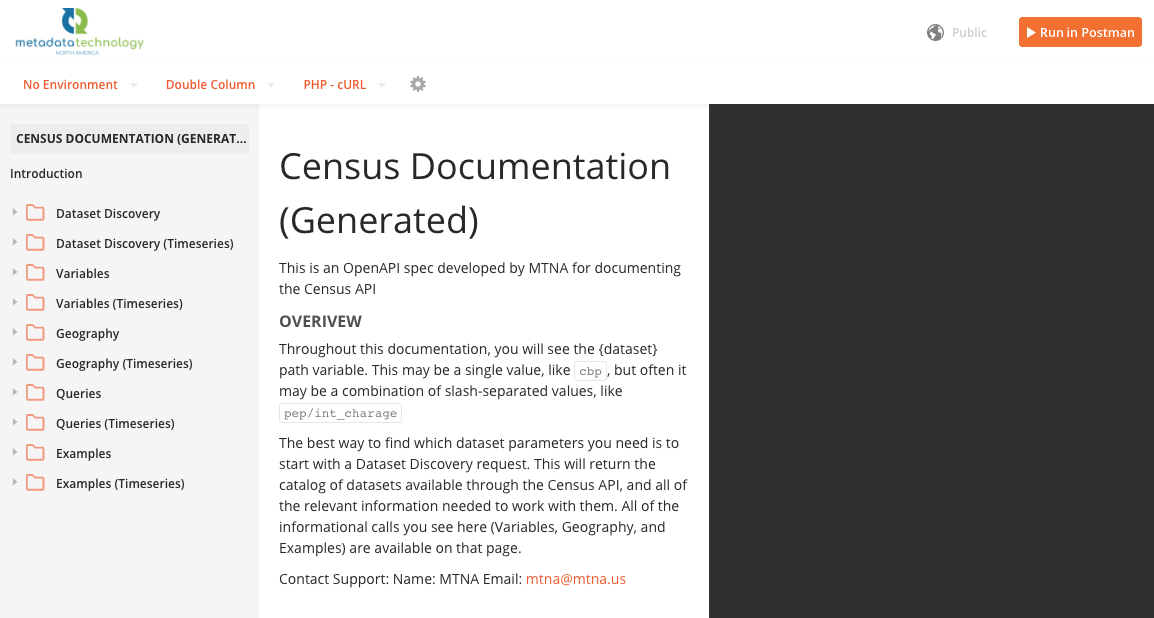 I am including the U.S. Census API in a couple of different projects in the queue, and to help me make the API more discoverable and usable by developers I needed an OpenAPI and Postman collection for the API. Helping make it easier for developers to on-board with the Census API, but also provide a base collection I can use to develop additional workflow collections that help provide specific types of data easier to use in variety of use cases. Our data API partners over at Metadata Technology North America (MTNA) is helping us deploy APIs on top of some valuable datasets as part of our COVID-19 resource center, and they offered to help us develop the OpenAPI and Postman collection for the U.S. Census API.

Carson Hunter (@carrrson) from MTNA got to work crafting an OpenAPI 3.0 for the Census API, providing a pretty robust source of truth for the API, which we can then use to generate Postman collections to document, mock, test, and automate around the Census API, but also just use the collection as a client for running different queues and saving the results of API responses to files without having to write code. Carson did the extra work of also creating a Postman collection and publishing as documentation, helping make the API a little easier to navigate, while also making sure there is a “Run in Postman" button available so that developers can quickly begin putting to work within their own Postman workspaces. Carson helped reduce the friction when it comes to onboarding with the Census API, while also helping me make it more discoverable as part of the various API projects I am working on.

There is a lot more work we can do on these reference OpenAPI and Postman collection, but we wanted to just pause and put out there for others to comment on what they would like to see. We have published the OpenAPI and Postman collection for the Census API to a GitHub repository, where anyone can fork, download, and put to use. We would love to hear any feedback or requests via the GitHub issues, helping us ensure future work more useful to the wider community. I am going to see what I can do to get the Census Bureau to add the Postman collection to the Postman network, adding to the discoverability and onboarding for the API, but then also keep brainstorming with Carson and the MTNA team about what other Census API resources we should be adding, or maybe how we can layer in visualizations on top of common queries, helping make it easier for developers or even non-developers to make sense of the massive amount of data the Census API provides access to. We are just going to spread out our work on the U.S. Census API, helping break things into smaller more bit size chunks, while also opening our work up for community feedback. 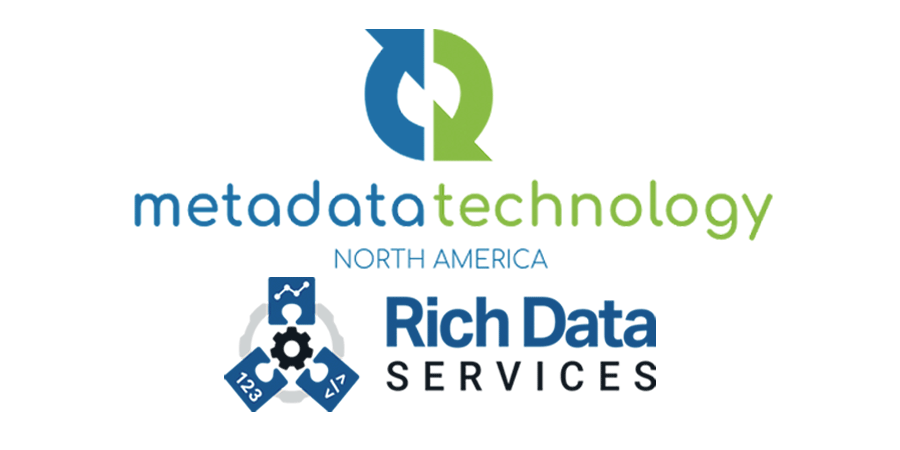 If you depend on the Census API, or have an application or integration you’d like to develop on top of the API, I’d love to hear more about it. I have a couple of projects in the works which are building on top of the OpenAPI and Postman collection that MTNA has developed. I am looking for additional use cases to drive future collection development. The Census API plays a pivotal role in a variety of important discussions, and there is pretty significant opportunity to make Census data more accessible and usable as part of these discussions, while also making the conversations more inclusive, allowing folks to work with Census data without writing code. I’ve seen how the Census API has widened the playing field for who works with Census data firsthand since 2011. Before then it was just the bigger data players who were downloading the massive data files and making sense of the surveys. The API has made the data more accessible in smaller chunks to a wider audience, beyond only those who have the resources and skills to work with large data sets. I am looking to continue this evolution by developing a variety of Postman collections that help make working with the Census data easier, and establish a variety of workspaces and repositories for developers to get up and running with the Census API quicker. Let me know where you project fits into this picture, and how we can put this OpenAPI and Postman collection to work as part of whatever you are cooking up.