Use Google Apps APIs Without Being a Programmer 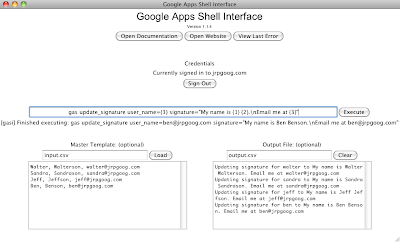 GASI allows Google Apps administrators to make certain API calls through a graphical user interface without having to write programs.

The GASI library provides a list of available commands to get going, as well as allowing command line interface.

Google's move reflects another important step towards making APIs usable by non-programmers and further democratizing the power of the API.