Does anyone else notice the evolution of the Twitter developer area? The site has taken a page from the LinkedIn playbook and become more about embeddable buttons, badges and widgets than about APIs. 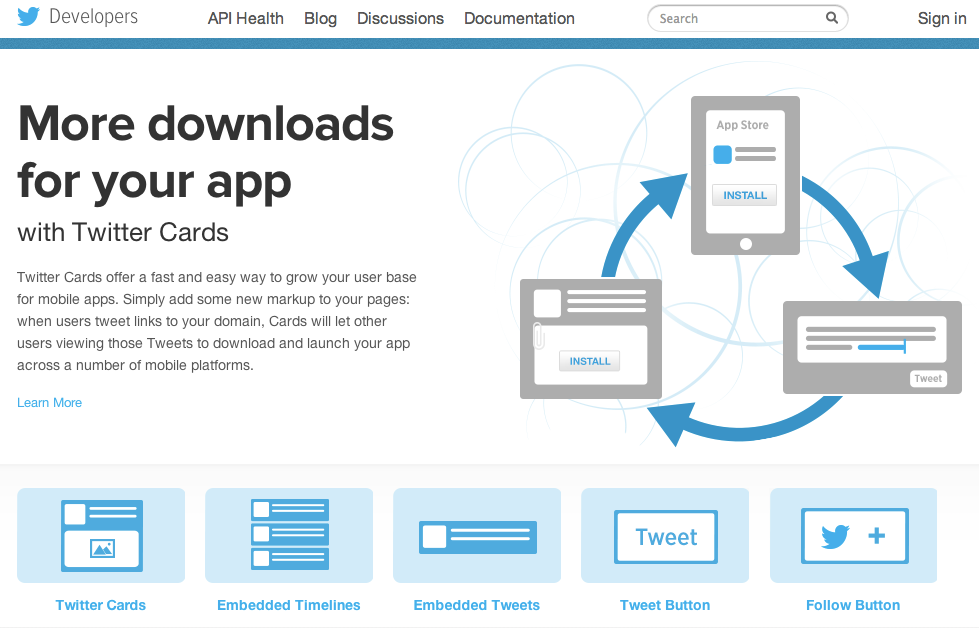 Granted, you can click on documentation and get at the REST API v 1.1.  I'm not saying this is a good or bad thing.  I'm a big supporter of embeddable strategies for API providers. I think that evolution is very telling of Twitter's API strategy and what type of "developer" they want to support with the API.