InstructureCon Keynote: [Kin spoke here about the history of APIs and what APIs do.] 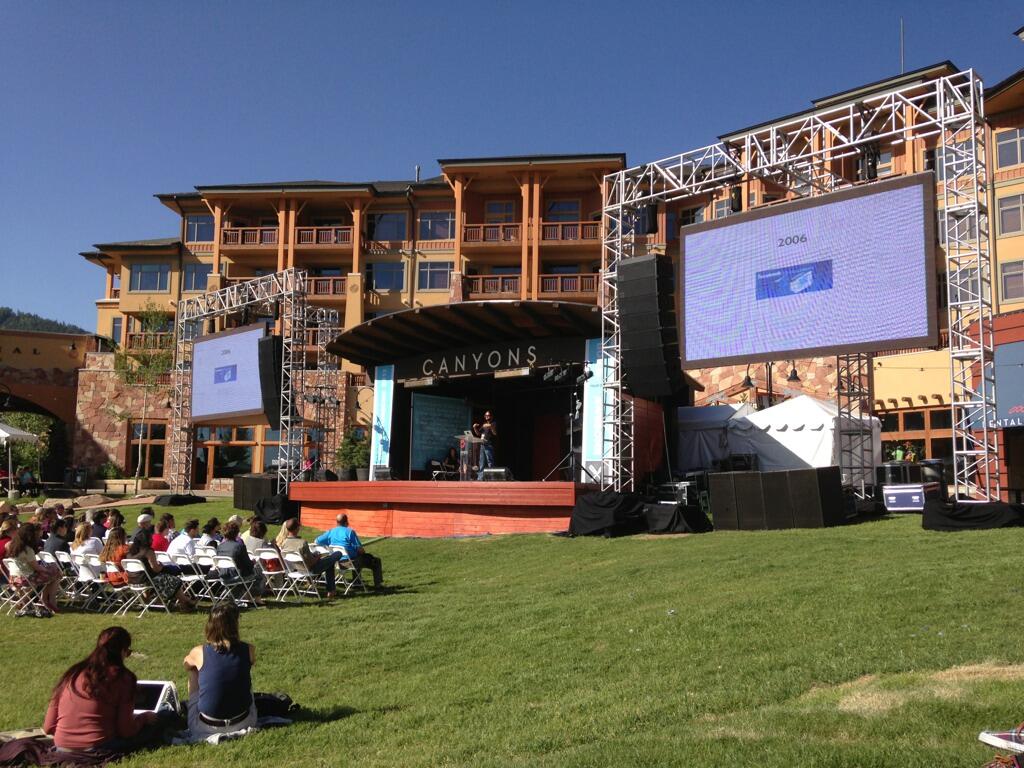 I had several important things happen over the last week. One of them was sharing the stage for the first time with my partner in crime, Audrey Watters (@audreywatters).

Although I spent most of the week in Washington DC, Tuesday night I flew out to Park City, UT and shared the stage Wednesday morning for a keynote with Audrey at InstructureCon, put on by the LMS platform Instructure.

Audrey and I delivered a talk on education, the LMS and data portability. Audrey opened up and closed out the talk, you can read her perspective on Hack Education, but I wanted to make sure and provide the overview of my section, as described by Audrey as [Kin spoke here about the history of APIs and what APIs do.]

To help understand how mainstream Internet technology has influenced the LMS and education portal history Audrey has laid out, I wanted to bring the history of the web API to the table, helping people understand what APIs do:

The earliest approaches to APIs on the Internet, can be seen from providers starting in 2000, as Roy Fielding publishes his dissertation on REST.

After this wave of commerce APIs, a new approach to interacting, collaborating and building relationships on the web emerged, introducing a new flavor of API driven platforms:

As the social API phase continue to evolve with the introduction of platforms from Facebook and Twitter, an earlier API pioneer Amazon put APIs to use in a way that would change the way would develop software forever.

There was one more ingredient necessary, before APIs would open up web portals that were established in the early days of the world wide web. A new type of phone was being developed, one that was smarter than earlier feature phones. The new generation of smart phones, led by Apple and its iPhone would legitimize APIs as the preferred channel for delivering the distributed resources that developers of web and mobile apps would need.

While APIs provided essential ingredients for web and mobile applications development like commerce, social and cloud it is also providing some other essential elements that deliver value to end-users.

As this new approach to developing platforms has evovled, one that challenges earlier portals and platforms like AOL, other patterns emerge that are identified as successful ingredients of all next generation platforms. These are elements that aren't necessarily technical, but are critical components that allow often very technical resources to be accessed and used in a safe and secure way.

APIs will provide the essential access, transparency and data portability that will be necessary for the platforms and services we are depending on across the education space. Every company listed above has affected how the world works, and provide blueprints for platforms and services that are targeting just about any business sector, including education.