I look at a lot of APIs--some are crap, some make sense, a few are interesting, and every great once in a while you see an API that you know will be one of the next big API platforms. I’m reviewing one such API, Evercam.io.

I know that Evercam.io will be be big, because it bridges an increasingly ubiquitous technology—the camera. Whether its its for home or commercial usage, Internet connected cameras represents low hanging fruit for applying proven API techniques.

Evercam.io was born out of experience working at a cloud CCTV company, where the Evercam team realized the opportunity was about becoming a developer platform that enabled any developer to interact with potentially hundreds of types of cameras, while also applying modern API techniques to the world of security and webcams.

Storage
When it comes to video, the obvious API usage involve storage of the video, still photos, audio, and logs generated by a video camera. The cloud opens the ability to scale storage to match whatever needs the camera owner may have. Video potentially can be disk heavy, something that is perfectly suited for the cloud, as long as someone is willing to pay for the storage.

Connectivity
Cameras are just one node, in this fast growing world of Internet connected devices that you may find at home or in the business. The ability to sync up cameras and still photos with point of sale (POS) activity, sensors or even other cloud applications is significant. Zapier and IFTTT like actions or seamless reporting and analytics across systems will open up with API deployent.

Events
Evercam.io introduces events as a layer between the camera and users, allowing developers to define custom or scheduled events based upon what happens in a video. Examples include sending of MMS when camera receives SMS from owner, take picture of storefront or dining area each hour or during peak hours. Video is all about a sequence of events, and adding an API layer allows for an unlimited amount of slicing and dicing and custom defined of events that are meaningful to camera owners.

Logging
One of the significant benefits of API layers between camera and their access layers is the ability to log operations. Camera availability, access logs, events, actions and basically any interaction with a camera potentially can be logged. When used for security, this API layer expands on the existing definition of what a security camera is used for.

Marketplace
Any successful platform needs a marketplace, where developers can showcase the applications they've engineered on top of the platform, and even generate revenue through application sales and add-ons. Evercam.io has a marketplace out of the gate, modeled after the Chrome Web Store and Force.com, which charges developer s30% of revenue generated via the apps they publish to the marketplace.

Security
Deployment of an API for one or many cameras, provides a single point of security for all devices. This is only as good or bad as Evercam.io’s platform security, which only time will tell how solid it is. This one element will make or break platforms like Evercam, and is the area that will keep me up at night when thinking about API driven cameras. 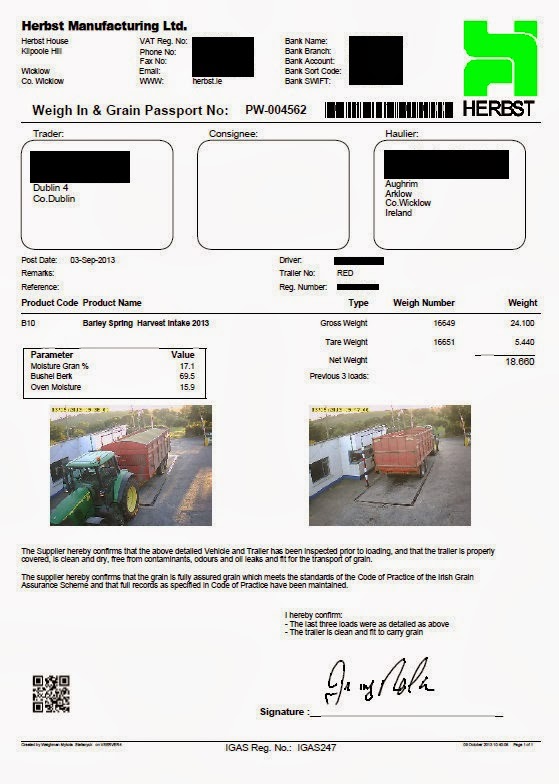 Ok, now I’ve laid out some of what I feel will be key things that make Evercam.io significant. I think Evercam.io will be big because it represents a fairly obvious target for applying APIs, and the deployment of cameras, as well as the use of video is only going to grow--exponentially. I don’t just think that Evercam.io will be big because of the technological and business opportunities, I think it will be huge because of the political implications.

Our homes and automobiles will be increasingly wired with cameras, businesses will be operated, managed and secured through cameras, and governments will increasingly monitor citizens via Internet connected video devices. Camera APIs will be one of the most influential, yet silent players in our personal and professional lives, from here on forward—there is no escaping it.

Honestly all of this has me worried, but I’ve done my due diligence on the Evercam.io team, and feel like there isn’t a better crew I’d like to see help lead in this potentially frightening new world of Internet connected cameras. I try to help lead the API space by shining the light on some of the positive in the space, while calling out potentially negative practices. I think the Evercam.io team reflects these values, and I’m interested in seeing more of how they handle it in this potentially volatile aspect of our online world.

It can be easy to freak out over some of the potentials for exploitation via a platform like Evercam.io, but after reading their business plan, and looking through their site, you see examples like the agricultural scale that uses a camera and the Evercam.io API to take pictures of grain deliveries, providing the pictures as part of the grain sale process. These are every day uses that will have significant implications on the economy and become regular part of business operations.

After spending some time researching Evercam.io, and thinking about the world of Internet connected cameras, I’m intrigued. I’m interested in seeing what solutions get developed on the platform, how security is handled, and what issues arise in different scenarios when you connect cameras to the Internet, apply APIs and start building applications and logging tools that operate in this new API defined space.

I predict the Evercam.io ecosystem will grow rapidly, and be an interesting, and potentially scary place to watch our world be connected to the Internet via billions of tiny cameras, that track on every aspect of our personal, business and increasingly very public lives.