Why Was My Week of API Rants So Well Received? 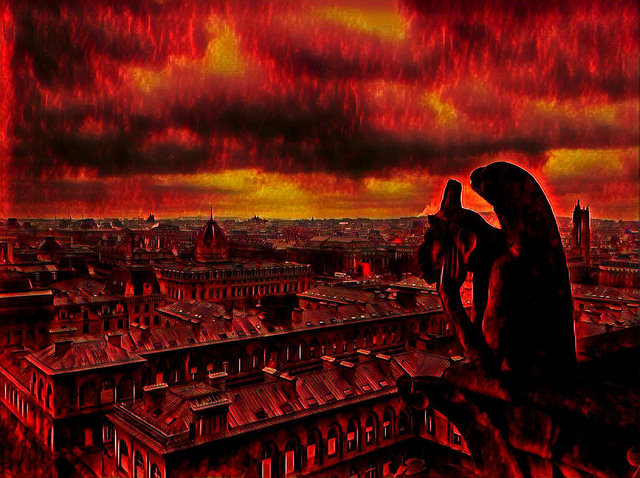 A couple weeks back I spent the entire week ranting on API Evangelist, instead of my usual lineup of API stories. Normally these types of stories end up on KinLane.com, or my rants edition, and usually don’t get tweeted out. I’m just venting. However on this particular week, I had enough people “piss in my cheerios”, that I felt the space needed to hear my rants, instead of the usual “nice guy” tone I tend to take on here. Granted, I can be pretty outspoken and blunt in my storytelling, but I usually work very hard to keep a professional tone, and be as nice as I possibly can. There are plenty of assholes in the API space, and I really don’t want to be one of them–even though it comes pretty naturally for me. ;-)

I actually got tired of the tone by mid-week, but I had so many people Tweet, email, and post on LinkedIn, Facebook, and Slack that they were enjoying the rants, I kept it going until that Friday. I was moving to New York, and really didn’t have much time to do the normal amount of research it takes to write stories, and the rants were an easy want to get content up that took me about 10 minutes to write. So why did people like the posts? First, I have to say that not everyone did. I heard from a number of other people that thought I was being a diva, and found the tone offensive. I also heard from a number of folks who were concerned for my mental state, and made sure they checked in on me. So, there were a number of emotions shared, but overwhelmingly people did find it worthwhile.

I feel that people enjoyed it because I was speaking truth in an environment where not many folks do. You see most people have jobs, bosses, and investors. I do not. Few people want to get in trouble with their boss and lose their job. If you run a startup you don’t want to piss off your investors, and lose your funding, or not be able to get funding when you are seeking it, because you said the wrong thing. I’d say these are the top two reasons. Sure, there are other reasons, like you might not get invited to te right events, or be able to hang out with the cool kids, but money is the number one reason people don’t speak the truth on a day to day basis. This is how the world keeps people in line, is with the purse strings. Honestly, most of it isn’t direct, it is self-filtering, where people just perceive there will be repercussions, and they just keep things quiet, and do not rock the boat.

People look to me to not bullshit them in API space. Sell them unneeded products and services, and tell them make believe marketing stories. They are used to me speaking my mind, and being honest about what I’m seeing. I’m not going to be pushing a product, service, or company I don’t agree with just because I was given money. I’m going to be honest about each wave of technology that comes along. I’m also going to call out the everyday bullshit and games we all encounter, but are forced to keep playing to keep our jobs, and get that next round of investment. I’m always amazed at how people change over time when they get to know me, begin to lower their barriers, and realize I’m not going to screw them over, take their ideas, or sell them something they don’t need, simply because they are in my sales funnel, or because I need to make my numbers. I don’t think people realize how puckered up they are on a daily basis from all the stuff we are bombarded with.

Even when you do find rants or seemingly truth speakers online, most people know they have an agenda. I was just ranting because my bullshit levels had overflowed, and enough people had pissed me off. I really don’t think I’m going to change much with my rants, I was just blowing off steam. I think people enjoy an agenda-less ranty story everyone once in awhile. In a world where everything is awesome, and each wave of technology is revolutionary, some folks just want the real deal, no bullshit coating. Much of what I’m saying is what all y’all are thinking anyways. You just don’t get to say it, so you enjoy hearing me say it. My ability to be able to write this way comes from many years of having a job, mortgage, boss, investors, and a wife, where I had to keep my mouth shut. Now I have none of those things, and I have a hot girlfriend who is rantier than I am, but in a way smarter way than I could ever hope to be. So, why not. Speak truth. I mean there is a lot of fake out there these days, it feels good to just tell it like it is.